A Mind Control Fungus
Description:
Ophiocordyceps is a parasitic fungus with nearly 150 species. It is not to be confused with Cordyceps, another genus which will certainly feature as Creature of the day at a later date. It infects Arthropods, but is most well known for the species Ophiocordyceps unilateralis which infects ants. Like some sort of parasitic alien crossed with a zombie virus, these fungi enter the body of their victim and excrete chemicals which take control of their brain.
In the case of Ophiocordyceps unilateralis, once a spore attaches to an ant, it excretes an enzyme which helps weaken the incredibly tough exoskeleton. It then uses mechanical pressure to puncture the exoskeleton and invades the ants body with its hyphae (the long branching tubes which make up most of a fungus; usually). When the infection is mature, the fungus forces the ant to leave the colony and climb up  to a high point on a tree. This seems to always happen around midday for whatever reason. Then ant the grabs on to a leaf with its mandibles, the fungus somehow gives it 'superformicid' strength (formicidae being the ant family) . The ant will die there as the fungus uses its body as food to grow a large stalk which spreads more spores over a large distance. And so the terrifying cycle continues. 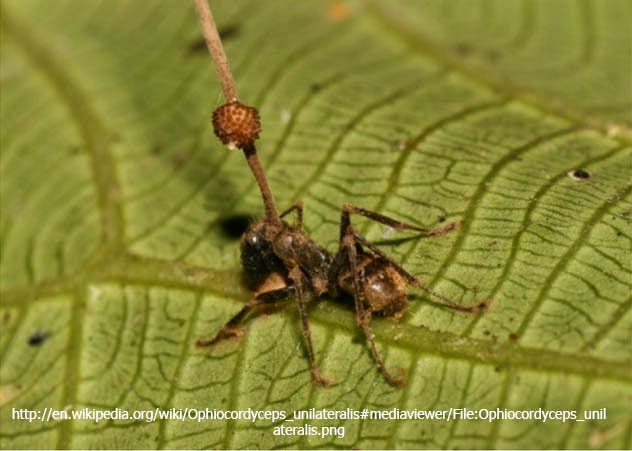 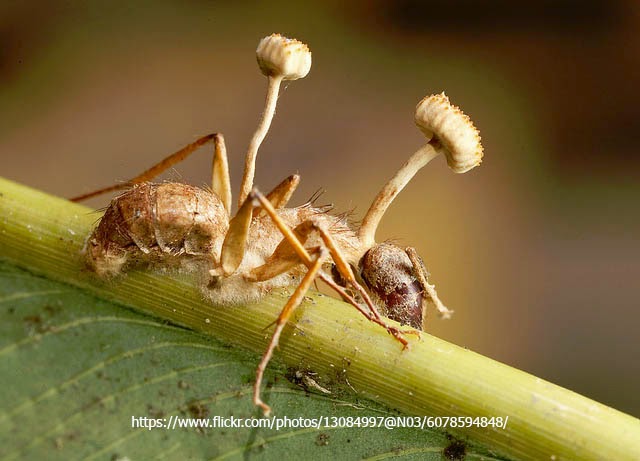 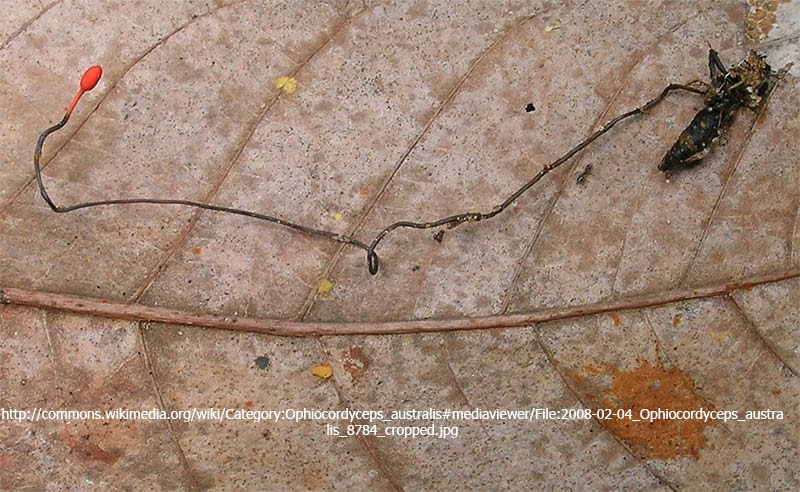 Distribution:
Ophiocordyceps  has a pan-tropical distribution, meaning it exists in all tropical regions of the world.  Most of the species have a more restricted range. Ophiocordyceps unilateralis is most commonly recorded from Thailand and Brazil.

Classification: Although many these species were once included in the Cordiceps genus, Ophiocordyceps are now considered to be in a different family by the Mycologists (people who study fungi, also known as fun guys).