A tick which makes you allergic to meat

Description:
Today's creature will redefine your understanding of terror. Amblyomma americanum, commonly called the Lone Star tick, is a tick which is mostly found in the United States. 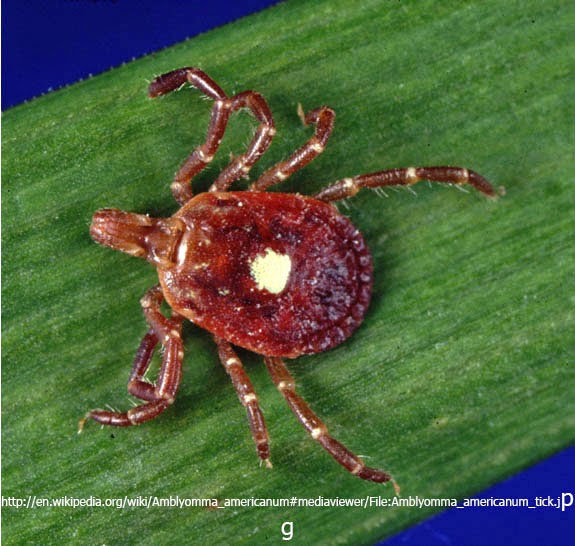 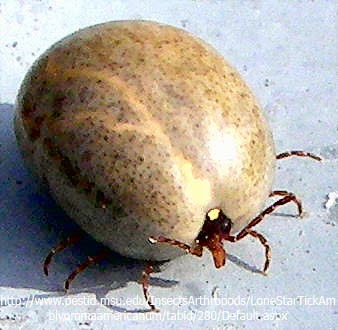 Like most ticks it injects a toxic saliva when feeding. This venom serves to stop blood coagulating and to stop the host feeling the fact that a little arthropod is burrowing into their flesh. The terrifying consequence of the particular toxin produced by this tick is that it can cause an allergy to meat in humans. I don't know about you but this scares the hell out of me. It has been speculated that other ticks may also produce a similar effect.

Distribution:
The Lone Star tick is normally found in eastern and southern united states across to Texas and Mexico. There are reports of it from the tropics of South America.