A creature which.... actually we don't really know what it is

Description: This extinct genus is named Hallucigenia because it is so unlike any living organism that it seems you are hallucinating. 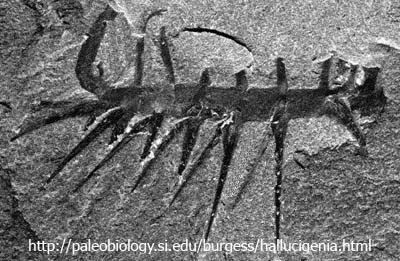 It is so strange because the phylum to which it is now assigned, Lobopodia, is entirely extinct. Originally it was thought to be a type of polychaete worm, and in fact it was even assigned to an existing genus but the original fossils were incomplete. As it turns out the original author, Charles Doolittle Walcott, had it upside down, or so we believe. The parts which he thought were parapodia (legs, sort of) are now believed to be large spines on its back, presumably used for protection from predators. 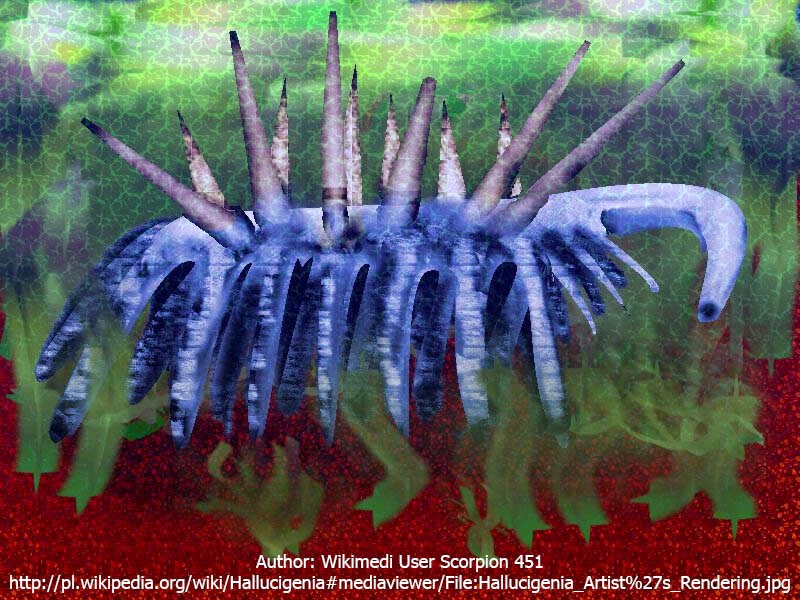 During the Cambrian period (ca 550-485 myo) nearly all the animal phyla that we recognize today emerges as distinct lineages. I guess it makes sense that not all of them made it, this is probably just one of those failed evolutionary lineages.
It has been speculated that Hallucigenia is actually just part of a much larger organism which has not been preserved in the fossil record. After all, 450 milllion years of extinction is a long time. The current (mostly) accepted morphology of this creature is something like this: 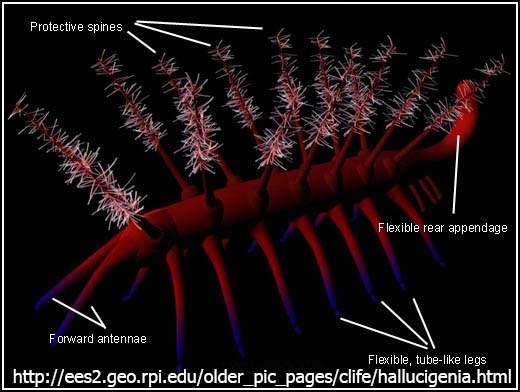 Distribution:
Extinct, not seen in the fossil record since the Cambrian.