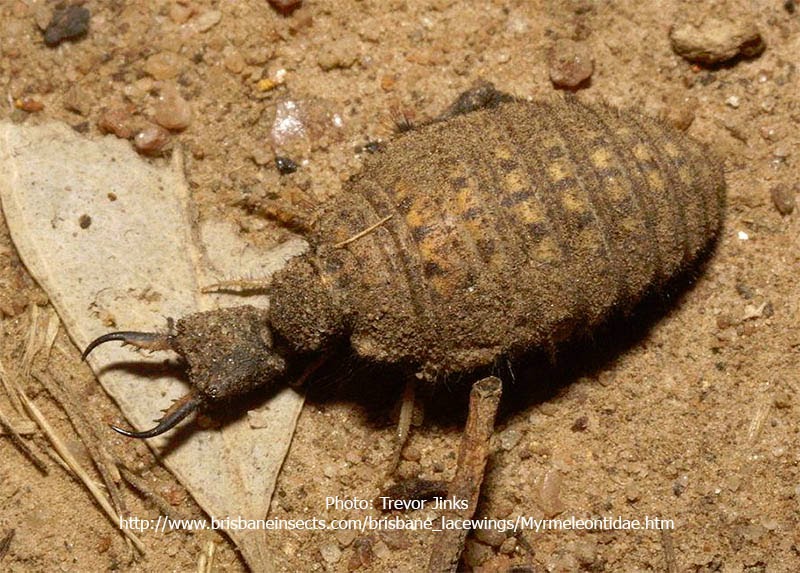 They dig pits in loose sandy soil by moving around in circles, changing from clockwise to anticlockwise from time to time. Once their pit is complete, they wait at the bottom just below the surface of the lowest point in the pit. 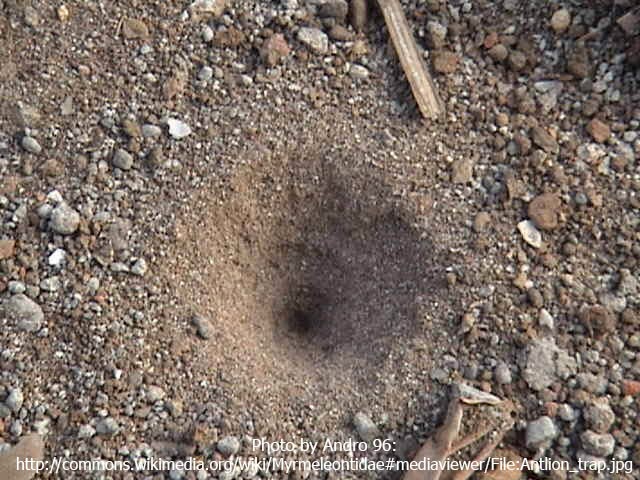 Then they wait. When an ant comes along it will innocently walk into the pit and the loose sides and the steep gradient will cause them to stumble to the bottom. When the ant realizes that it is in a pit it will try to escape, but that is when the antlion spring into action. taps the side of pit flinging sand at the ant and shaking the sides so the ant falls to the lowest point. Then the antlion uses its unusually large and fierce looking jaws to clamp down an the ant and drag him below the surface, where he will never be seen again.

Like most holometabolous insects, they have a pupal phase between their juvenile and adult phase. As they emerge from the cocoon they have wings and can fly. Adults are still voracious predators, but are active predators rather than ambush predators. 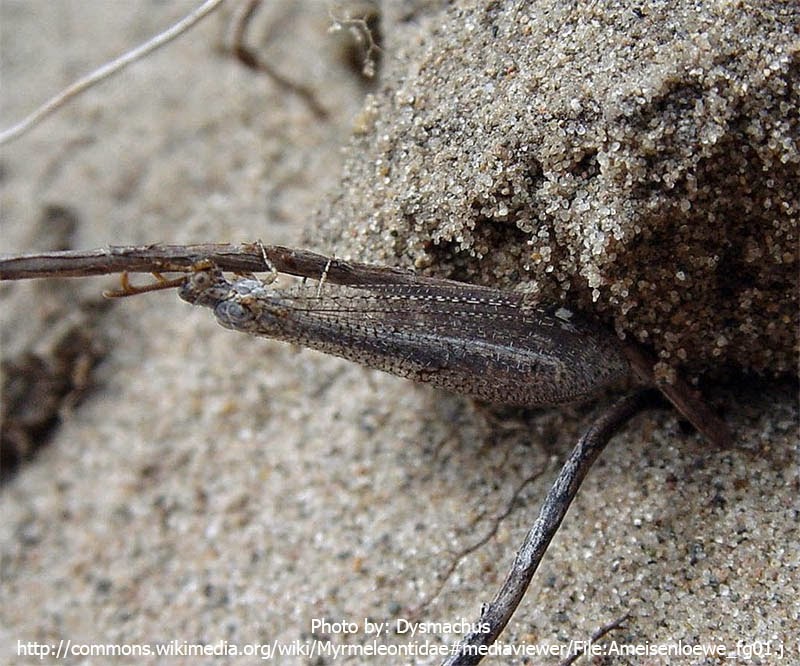 Distribution:
Antlions have a cosmopolitan (world wide) distribution, but prefer sandy and loose soils and given their food source, you can imagine they are most common in desert areas.

Classification:
Lace wing can refer to the common name of adult of any species in the order Neuroptera. Antlion usually only refers to juveniles of the family Myrmeleontidae, but I wouldn't be surprised to hear of it used to refer to juveniles of other neuropteran families which sometimes can look similar.
Kingdom: Animalia
Phylum: Arthropods
Class: Insecta
Order: Neuroptera
Family: Myrmeleontidae