Eat a lump of cold poison

This post was accidentally released early the other day, but there can't be 2 bizarre creatures of the day so it was taken down almost immediately and is being posted today. Today's creature is a Nudibranch, and is here  mostly because it looks weird.

Description:
I feel like I have talked about how weird Nudibranches are in my other two nudibranch posts but its bizarre appearance alone entitles it to a post on this blog. 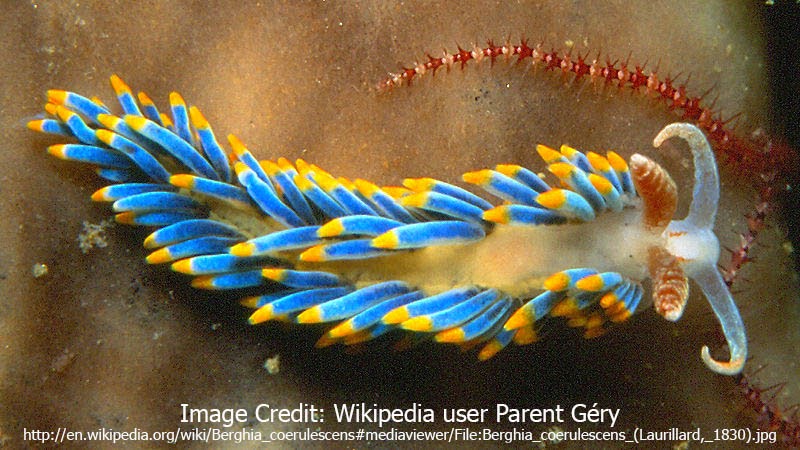 Like Glaucus atlanticus this species eats Cnidarians, which are nasty poisonous stinging things in general. The poison they consume is stored in those spectacularly colorful finger like processes on their back and used as a defense. 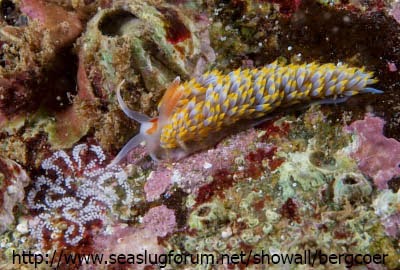 Distribution:
Berghia coerulescens is found in the Northern Atlantic Ocean and the Caribbean close to the shores and unusually less than 1 m below the surface of the water.