Pretty sea urchin
Description:
Strongylocentrotus purpuratus is known as the purple sea urchin,  probably because it is purple and it is a sea urchin. 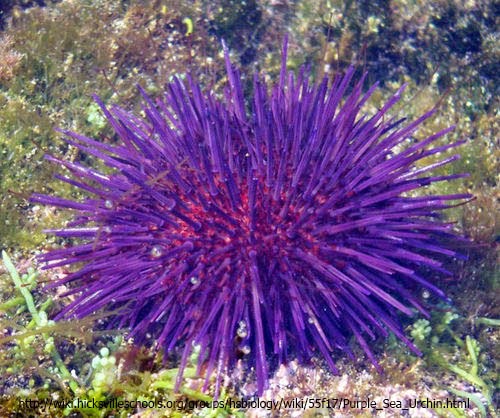 Like all sea urchins their body is radially symmetrical but this in echinoderms this is a derived state with bilateral symmetry being primitive. Radially symmetry in this case is not the same thing as radial symmetry in Cnidaria or Ctenophora. Their body plan and things tend to develop in groups of 5 with one medial axis and two lateral axes on each side, think of a star fish here. This is why it has precisely 5 teeth in its ventrally oriented mouth which are used for grazing on kelp. These teeth take 75 days to regrow if they are lost. Contrary to appearances echinoderms have an internal skeleton rather than an external one. Their spines can be moved around by hydraulic pumps and are used for both defense and locomotion. 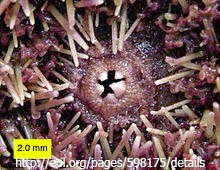 Strongylocentrotus purpuratus was one of the first species to have its genome sequenced and is considered to be an important point of comparison for human genetics due to the close relationship between the echinodermata and the chordata. They have also traditionally been used a a food source by native Americans. 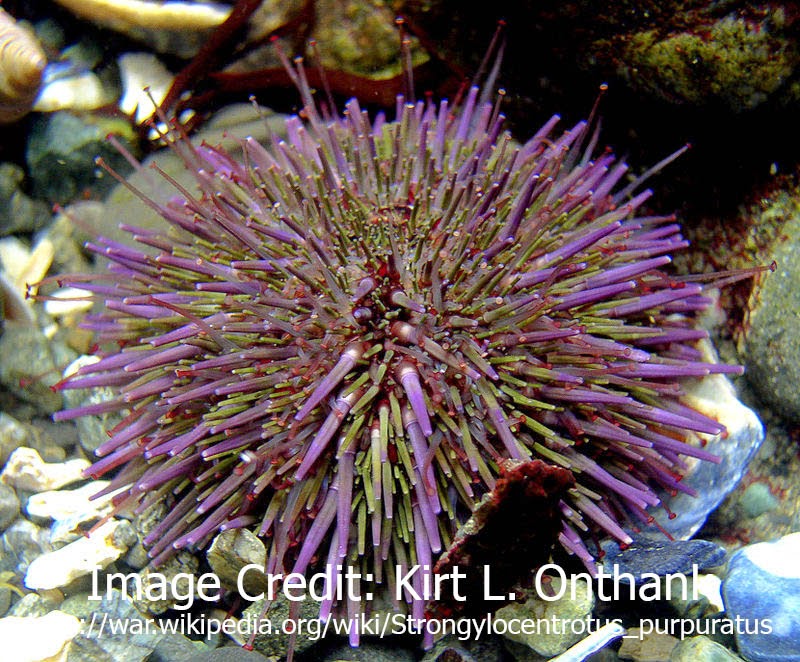 Distribution:
Strongylocentrotus purpuratus is found off the West coast of North America and is an important member of the kelp forest communities.