You can eat it, but why would you?

Description:
Today's bizarre creature is a swamp plant named Lysichiton americanus by the scientific community, but called skunk cabbage by everyone else. 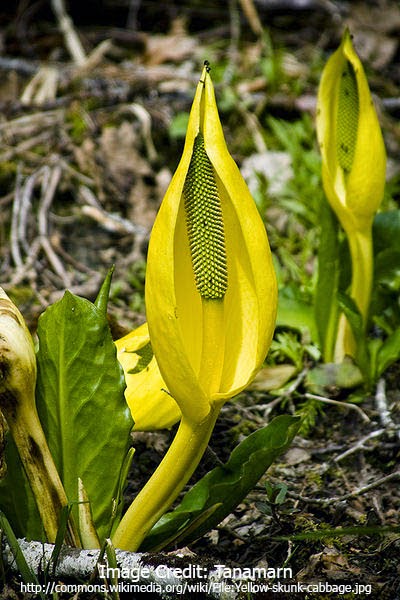 You would probably guess that skunk cabbage doesn't smell too good given the name and you would be correct. The smell of the skunk cabbage is meant to attract pollinators such as flies and beetles.
Despite its foul odor parts of the skunk cabbage are quite edible. If you make a mistake and eat the wrong paet you run the risk of getting a mouthful of Calcium oxalate. This toxic substance has a horrible taste and will cause a severe burning sensation in your mouth and throat. These effects can last for weeks. Severe poisoning can wreck havoc on your internal organs and can cause kidney or liver failure (i.e. it can kill you.). So I guess the question is, who would eat it? There's nothing wrong with real cabbage. 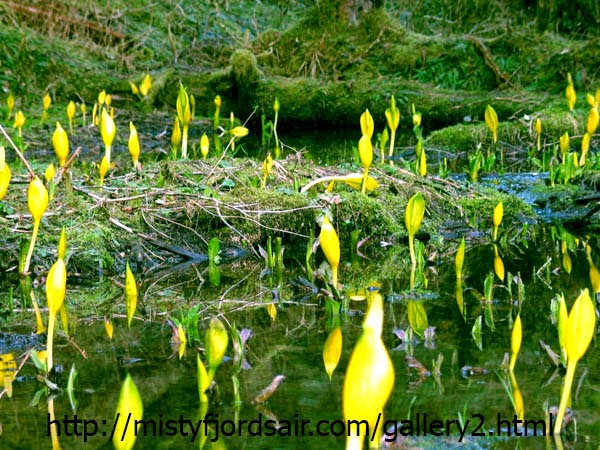 Distribution:
Skunl cabbage is Native to Western Nort America, from Alaska to Southern California. It has been introduced into the U.K. as a garden plant and has gone wild. I don't understand why you would want a foul smelling, toxic, swamp plant in your garden either.

Classification:
There are several other plants which are referred to as skunk cabbages, that's why we don't use common names in scientific publications.
Kingdom:Plantae
Phylum:Angiosperms
Class: Monocotyledon
Order: Alismatales
Family: Araceae
Genus:Lysichiton
Species: Lysichiton americanus