A pink fairy with massive biceps
Description:
Chlamyphorus truncatus is known as the pink fairy armadillo which sounds like quite stereotypical girly to me, but to be fair it is actually pink. 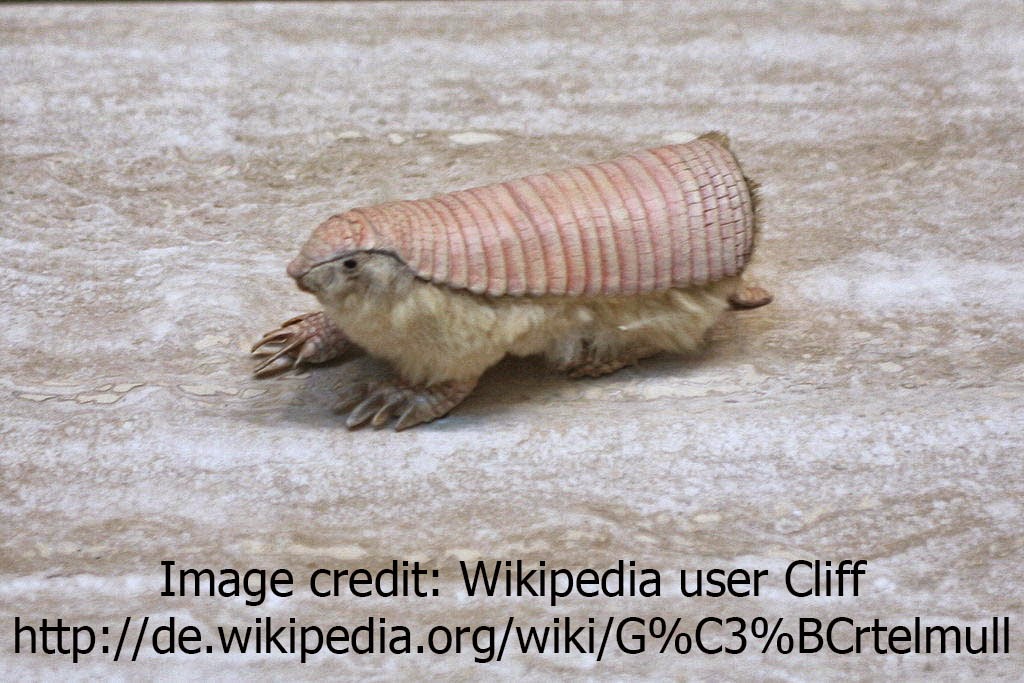 As you can see, they appear to be pink. This is due to the proximity of their blood vessels to their semi translucent skin. The eyes are greatly reduced as they are nocturnal burrowing armadillos, so their eyesight isn't great and the coloration of their skin is not likely to mean anything to them. They are the smallest living armadillo measuring less than 12 cm in length when fully grown. 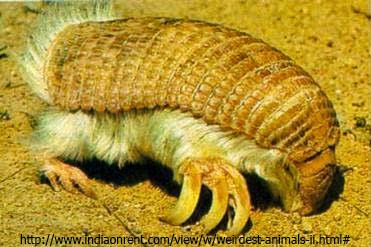 Despite the name and associated gender stereotype pink fairy armadillos are not wimps. Their forearms are reinforced with thickened bones and extra muscle to support their massive digging claws. It can dig through and compact the soil so quickly that they are sometimes called sand swimmers. It lives in arid ecosystems where temperatures fluctuate wildly. The upper surface of their body is covered in 24 tough but flexible plates for protection. However when it curls itself into a ball to protect it's head and soft underbelly it doesn't do any favors for its street cred. 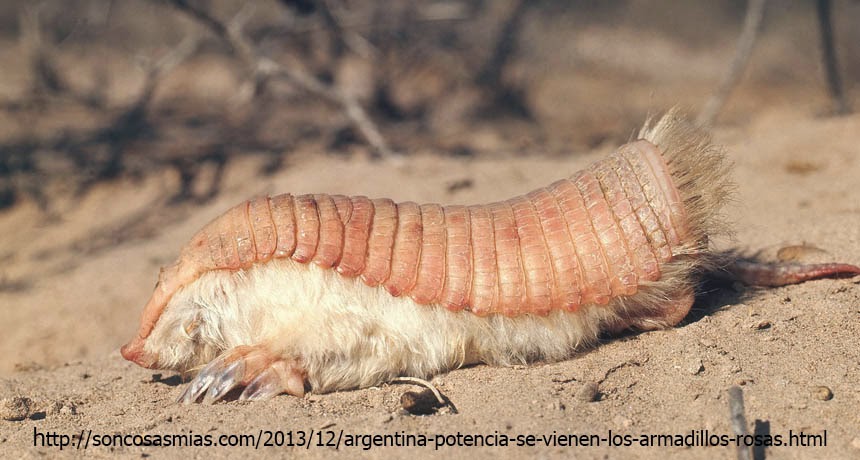 Distribution:
Pink fairy armadillos are known from the arid regions of central Argentina.