The punk of the bird world
Description:
Opisthocomus hoazin is commonly known as the Hoatzin or the Stinkbird. It is predominantly a swamp dwelling bird and is notable for its hairstyle' which is much like that of a punk. 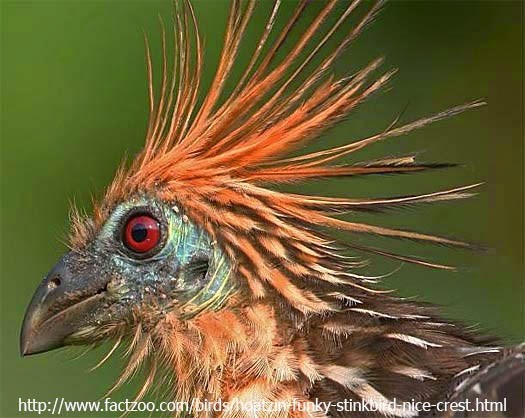 The Hoatzin is one of the few birds which has adapted to eat plant foliage. It has an enlarged crop which is used to ferment plant foliage which can then be digested.  It is this system which gives the bird an awful smell, which apparently smells like rancid feces, also much like a punk. This has earned it the nickname stinkbird. 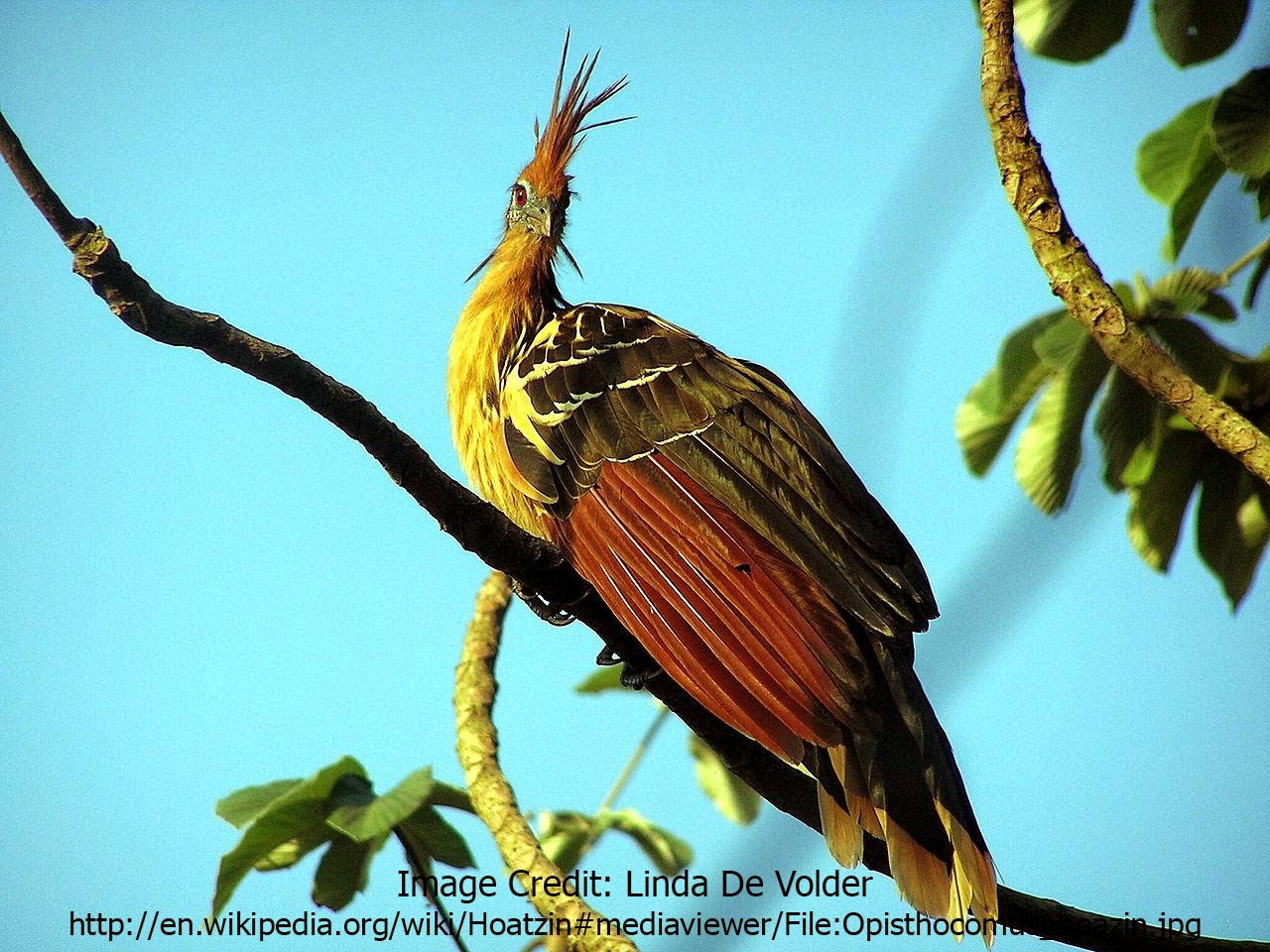 Distribution:
The Hoatzin is found in the North West of the Amazon rainforest.

Classification:
There has been much debate as to how to classify this bizarre bird, due to its superficial resemblances to various other taxa. Current classification places the Hoatzin as the only living member of the Order Opisthocomiformes, although there are several fossil species. Fossil record indicate that they were one much more widespread and are a relic taxon.
Kingdom: Animalia
Phylum: Chordata
Class: Sauropsida
Order: Opisthocomiformes
Family: Opisthocomidae
Genus: Opisthocomus
Species: Opisthocomus hoazin