A flower that looks like a duck
Description:
Just another Orchid today, there will be several of them, but that's only because they are so weird. Caleana major is commonly known as the flying duck Orchid. 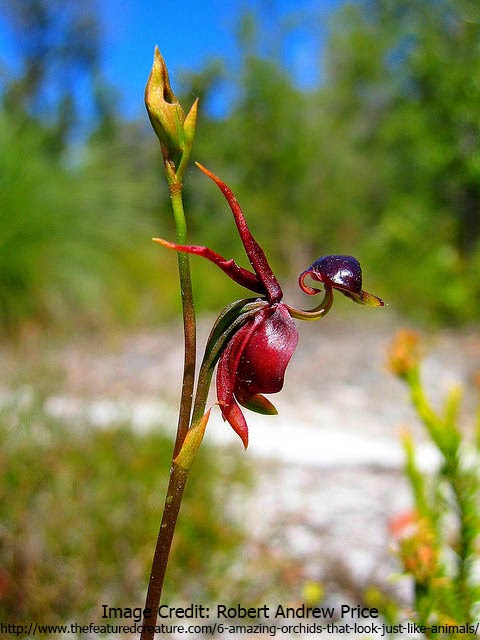 It is a similar story to the fly orchid, although it is in a different genus altogether. Like the fly orchids, the flying duck orchids are mimicking female insects in order to attract its pollinators. The males are lured in and before they realize what is going on they are covered in pollen which they then carry to another flower. The shape is supposed to attract species of sawflies, which are a paraphyletic group similar to wasps. To a human the flower looks a bit like an abstract flying duck but apparently to a male sawfly it looks like a female sawfly. 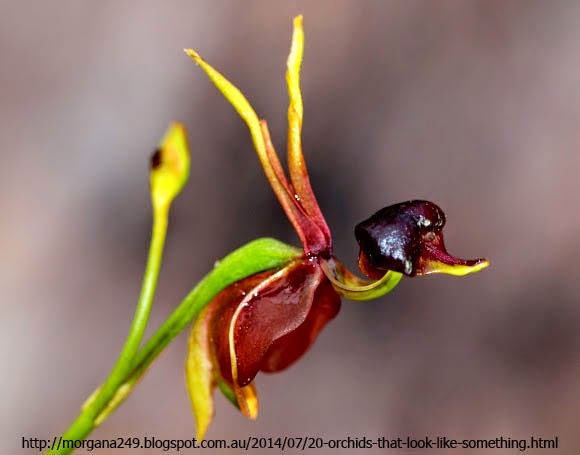 Distribution:
Flying duck orchid is found in dry eucalyptus forest along the East Coast of Australia including Tasmania as well as the south cost up to the Nullarbor plains.