Another deadly stinging plant.
Description:
Urtica ferox is commonly known as Onga onga or the New Zealand tree nettle. It is in the stinging nettle genus Urtica, but it makes its more common northern hemisphere relative look like a pansy. It has a woody stem and can grow up to 5 m tall. Its leaves are elongate with a dramatically serrated fringe. They also posses needle like spines that are not your friend. 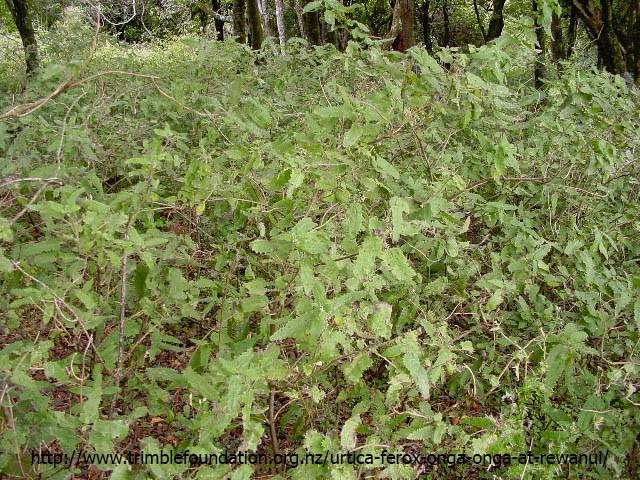 Those spines will penetrate your skin and inject a caustic neurotoxin into you with even just a light touch. The neurotoxin cause pain, numbing and limb immobilization. These symptoms can last for days in extreme cases.There has been one recorded case of someone who was heavily stung by several plants dying from the poison. 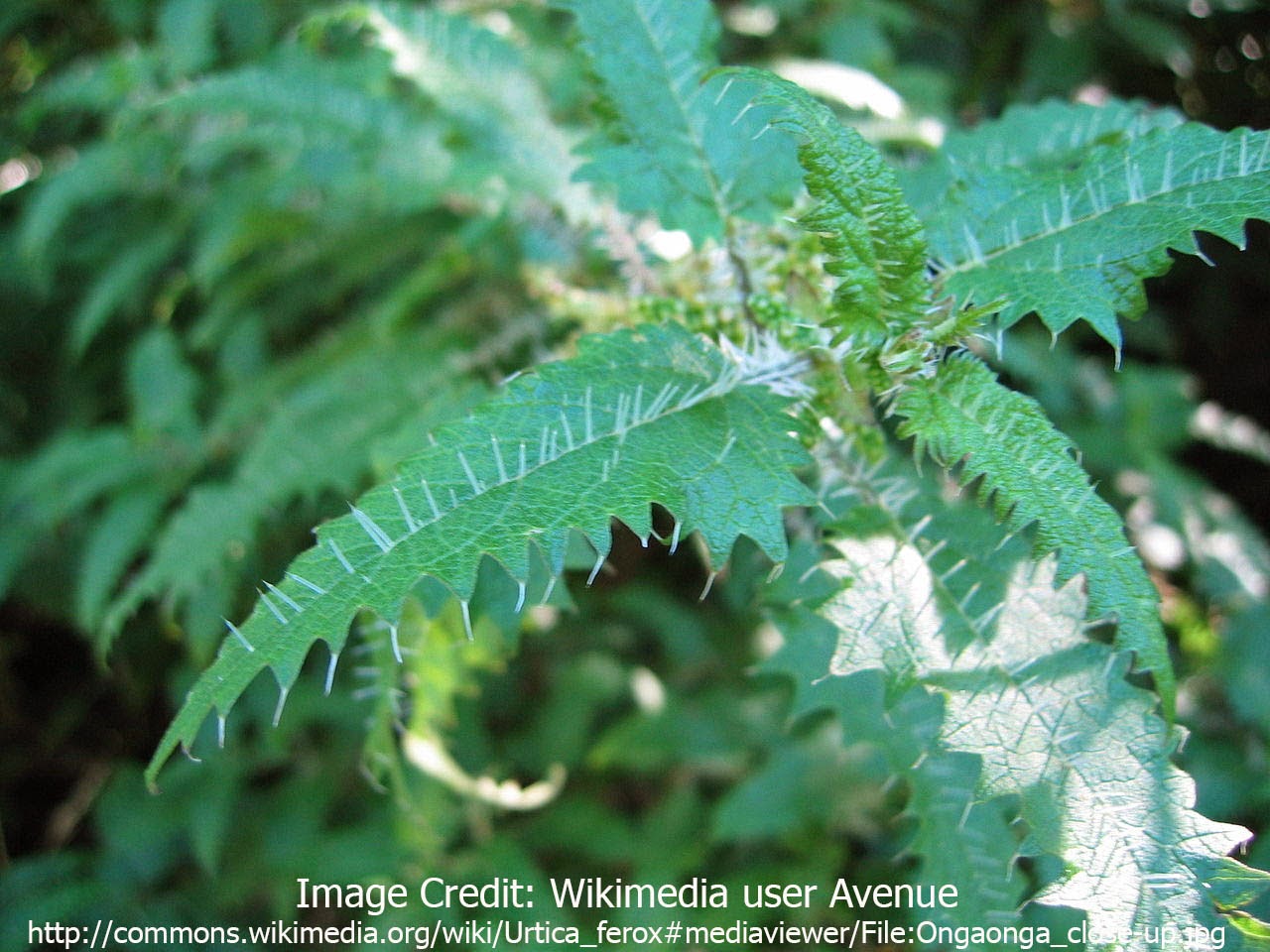 Distribution:
The New Zealand stinging nettle is, unsurprisingly, found in New Zealand. It is present on both main Islands usually at altitudes of over 300 m or in disturbed habitats or forest edges. I have seen some websites claiming that it is also found in Australia but I am pretty sure that is false. The kiwis can keep this one.