This will shock you.
Description:
Hypnos monopterygius is a species of electric ray commonly known as a coffin ray. Now if you're used to pictures of large manta rays you might think that this guy is a bit of a wimp due to its tiny rounded tail. 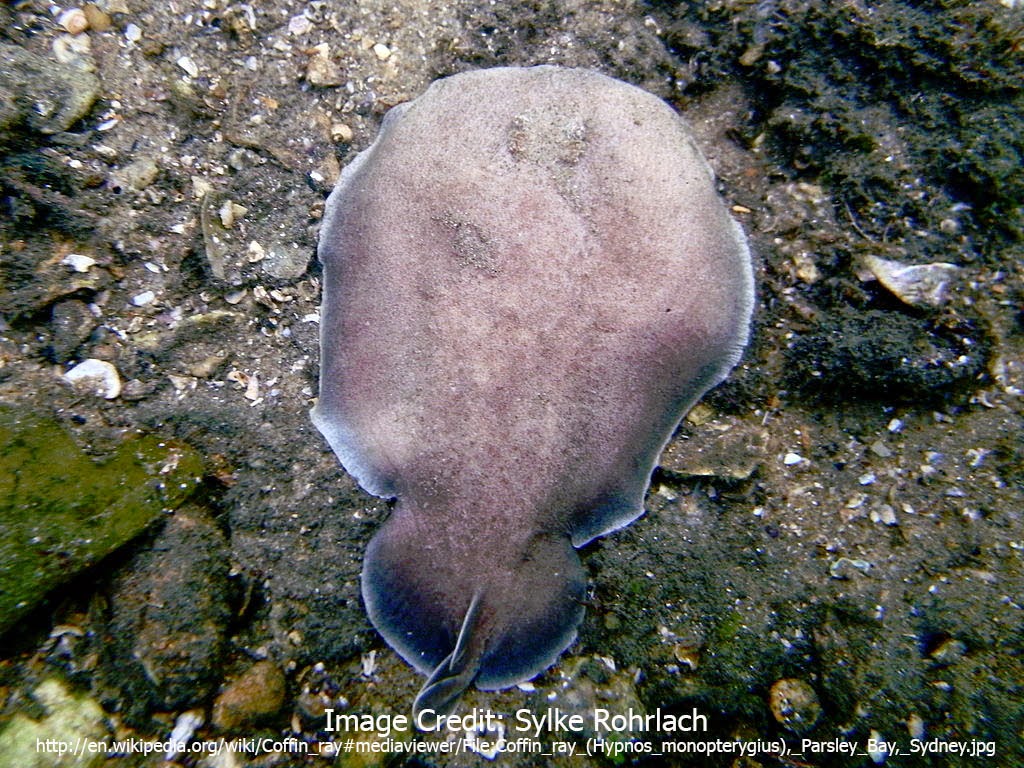 When fully grown they normally reach a size of around 40 cm, which is no manta ray but is fairly large. They are voracious predators and great at defending themselves due to their ability to deliver powerful electric shock. This nocturnal species lives on the ocean floor and hunts mostly benthic fish but has been known to attack small birds or mammals which wonder into the intertidal zone. They deliver shocks of up to 30 amperes and 200 vaults and can recharge quickly enough to deliver shocks 50 times in 10 minutes. Despite their name and power of this shock there are no recorded deaths by coffin rays, but I still don't recommend trying this:


This photo is my own work, you can use it in whatever way you want foe whatever purpose you want, without conditions. If you so use them, I consider it good manners to include a link to this site. 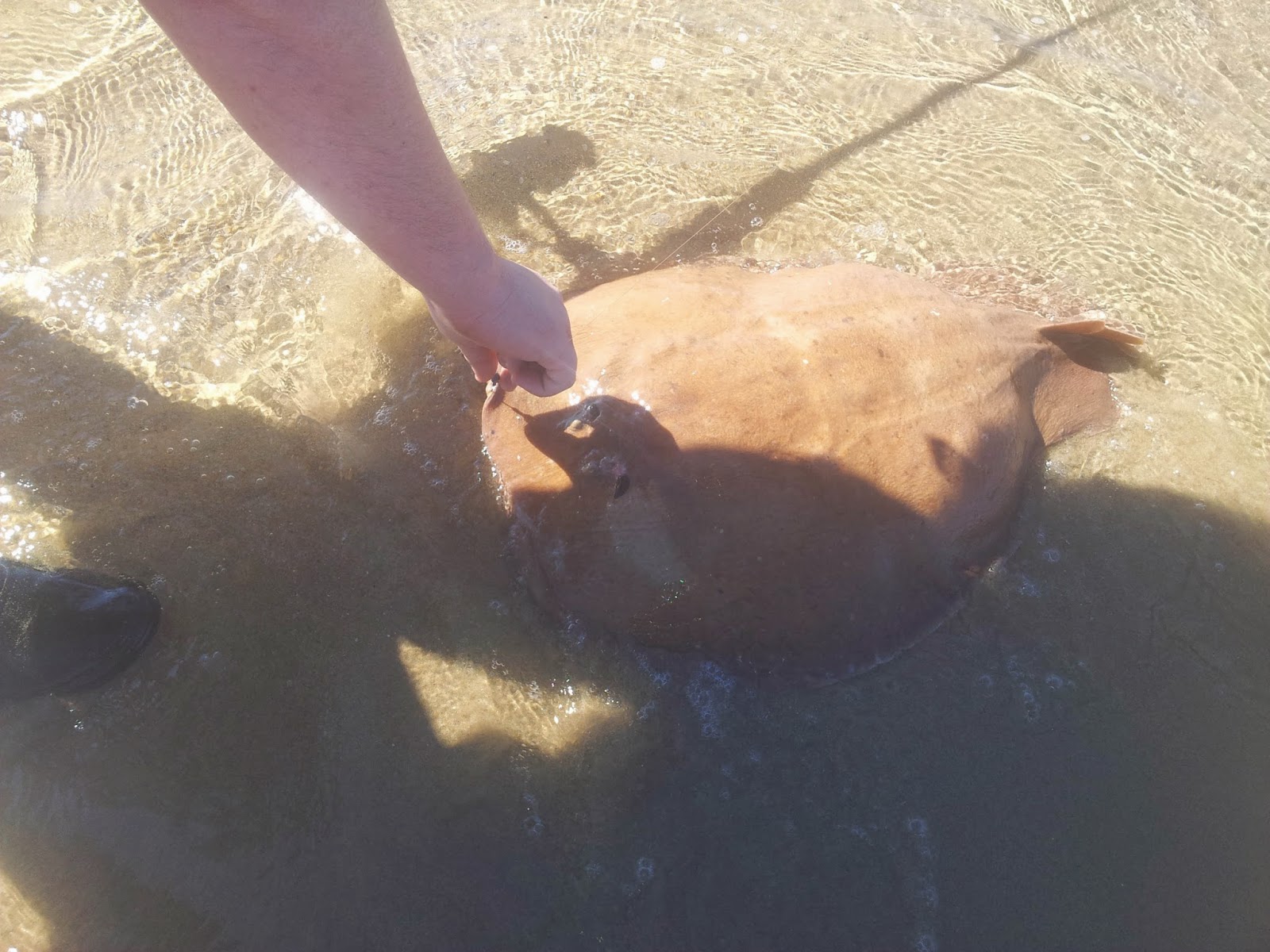 This ray can distend is jaw to swallow large troublesome prey. These jaws contain over 60 rows of teeth on each jaw. They don't lay eggs but give birth to free living young.

Distribution:
Coffin rays are found along the coast of Australia in temperate regions in depths of up to 80 m.