The horrifying truth behind barnacles

Have you ever  been watching a nautically themed movie and wondered exactly what a barnacle was and how they always seem to accumulate on the bottom of ship? Barnacles are the common name foe the Infraclass Cirripedia (Class Maxillopoda: Subphylum Crustecea). That's right they are a type of crustacean and despite apperarences are not related to mollusks.

Description:
Barnacles, like most crustaceans, have separate juvenile and adult phases. Their life cycle can be divided into three phases, the Naupilus phase, a free living plankton phase which most crustaceans including crabs and lobsters go through; A cypris phase, a free living stage unique to barnacles in which the barnacle seeks a a suitable substrate to attach itself to; and an adult phase in which the barnacle becomes sessile, cements itself to the substrate and encases itself in a hard shell. 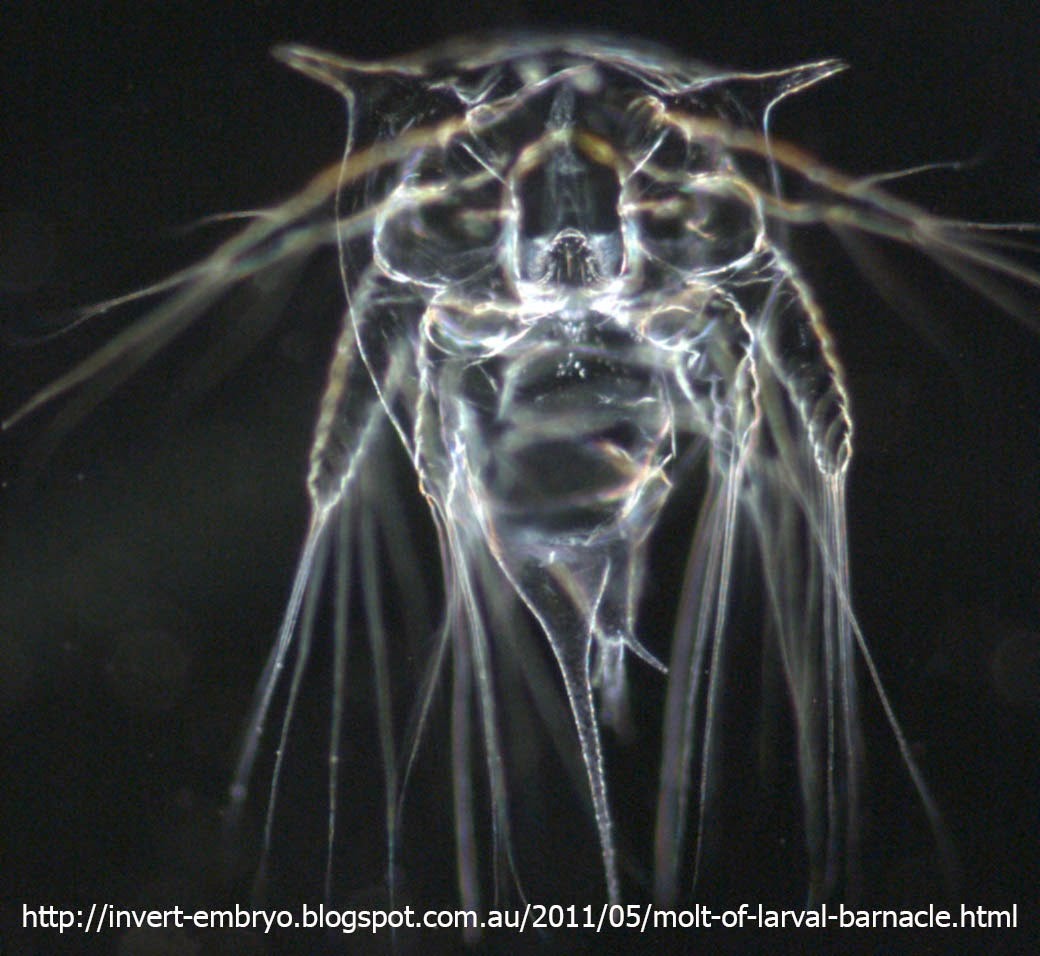 The cypris will glue itself to a suitable substrate with various proteins it excretes out of its cement glands. If you have ever tried to move a barnacle you would know that these proteins are a fairly effect cement. 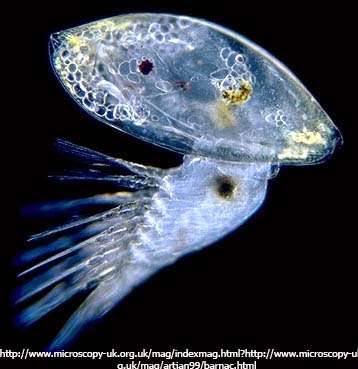 Their shell is normally constructed of six plates and is made of a chitinous interior with a calcium carbonate exterior. Barnacles filter feed on passing plankton. They legs have been modified into long feather like structures called cirri which they can extend outside of their shell in order to trap food and bring it back inside the shell. 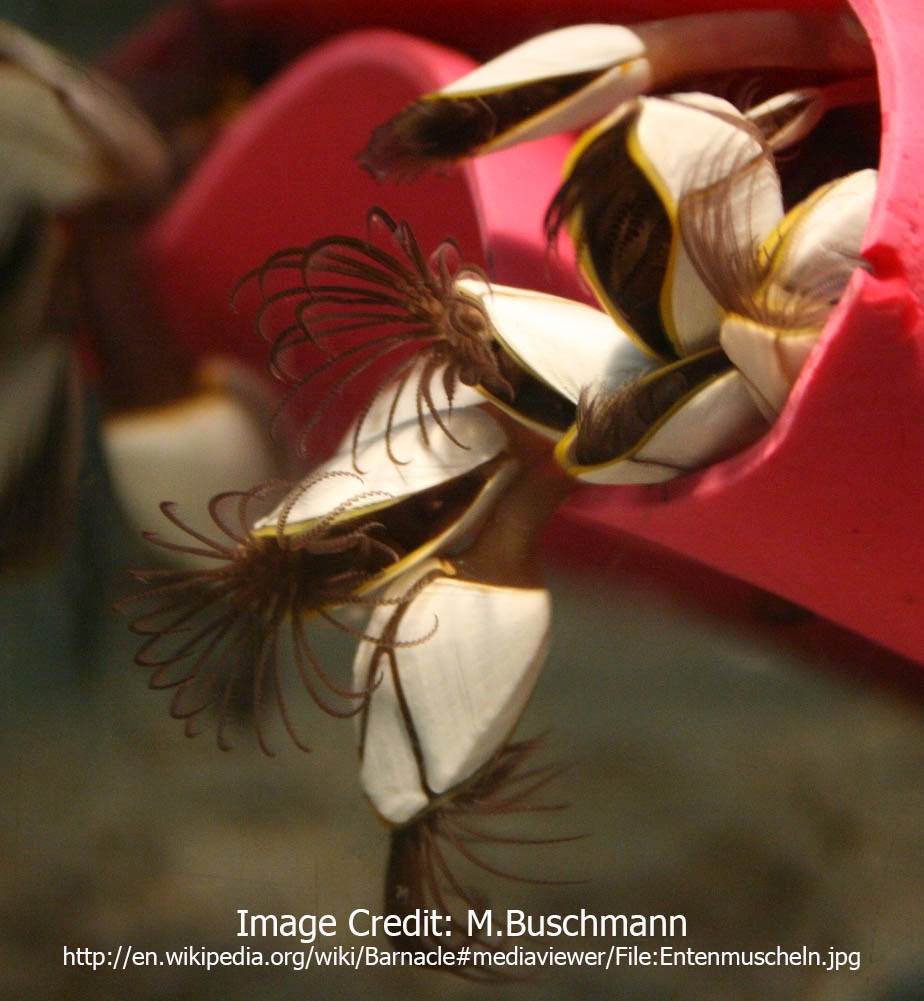 Barnacles are mostly fairly boring unless you are into that sort of thing. There is one really cool genus that I know of.There is a genus of barnacle which does not form a shell like covering as all other barnacles do. Genus Sacculina  is a parasite which infects crabs. When a crab is infected with Sacculina it loses its ability to molt, regrow limbs and reproduce weather it is male or female. The Sacculina parasite then deposits eggs where the female crabs would normally carry her own egg (Sacculina also does this to male crabs it has castrated) and the crab will look after the eggs as if they were their own offspring.

Distribution:
Barnacles are found in all the worlds seas and oceans.

Classification:
While Cirripedia are in the Crustecean subphylum they are not in the Class Malacostraca, in which you will find most of your 'typical' crustaceans such as crabs and lobsters. Their class, Maxillopoda contains mostly planktonic crusteceans, including copepods which make up a very large part of the oceans plankton. (I'm pretty sure Plankton from Spongebob Squarepants is a Calanoid Copepod). Their subclass Thecostraca contain 3 infraclasse: The barnacles as discussed above. Facetotecta, a planctonic juvenile but we don't know the adults. This will be included in another blog entry. The third is a group called Ascothoracida which are free living plankton as juveniles but parasites as adults.