Mega-ultra chicken?  No, shhhh he is legend.
Description:
Dromornithidae is an extinct family of Australian flightless birds sometimes given the cool nickname Thunderbirds. They were large, probably carnivorous and savage looking earning some species some quite dramatic nicknames such as the demon duck of doom. 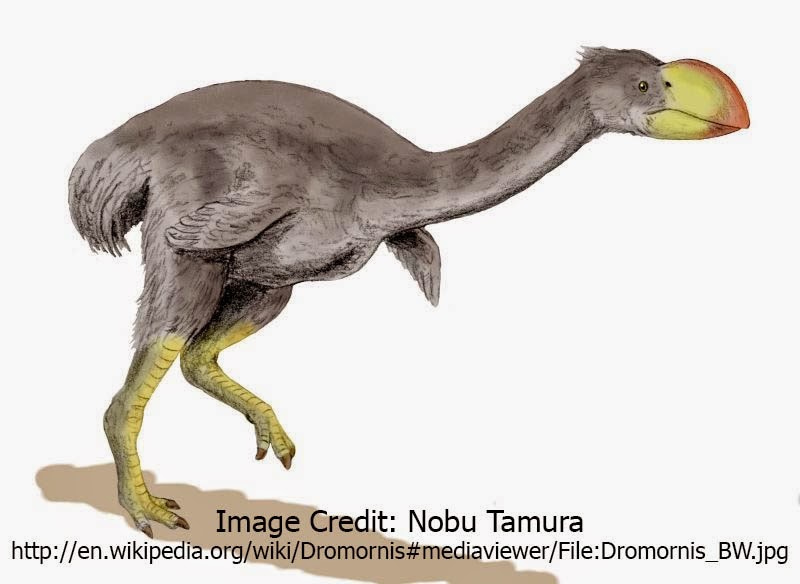 The largest of these, Dromornis stirtoni grew up to 3m tall (ca 10 ft) and weighed up to 500kg and is possibly the largest bird to have ever existed. 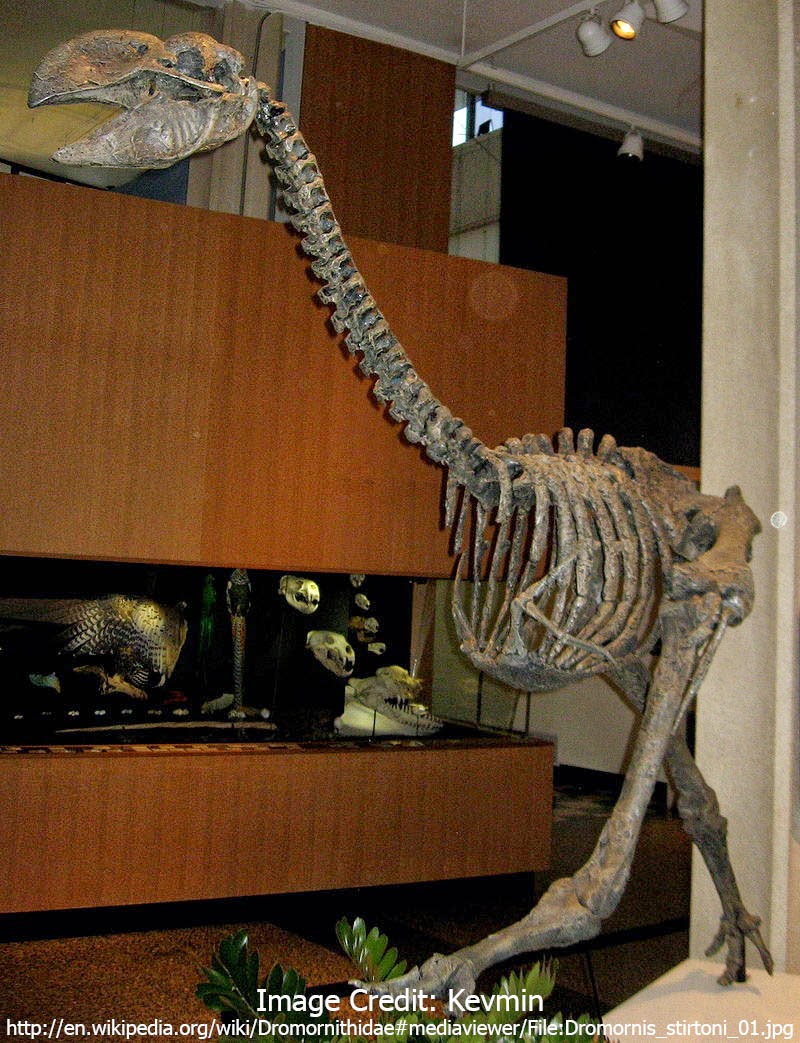 Their legs are well adapted to running fast and their  beaks are large, thick and heavy. They had a wide field of vision with a blind spot of about 40 degrees.
The group only went extinct fairly recently, somewhere between 50, 000 and 20, 000 years ago and so they most likely encountered humans at some point. Leaving aside any debates as to weather humans had something to do with their extinction,  just imagine coming across one of these monsters armed with nothing more than a fancy stick and some sharpened stones. In some Aboriginal legends giant emu like birds existed, however considering that their mythology is full of giant creatures I would not take this as evidence that they came in contact with these monsters.

Distribution:
Fossils of this Family start appearing in Australia in the Oligocene. They are most common in the east and the north.  there are no confirmed finds anywhere else but a possible fragment has been found in Antarctica. Given their abundance in the North and the on and off land bridge across the torres strait it is fairly likely that they existed in New Guinea at some point.

Classification:
Despite what you might assume from their size and location Dromornithidae are unrelated to the modern large flightless birds the ratites. They are related to modern day water fowls in the family Anseriformes and despite the headline of this entry they are not actually close to chickens.
Kingdom: Animalia
Phylum: Chordata
Class: Sauropsida
Order: Anseriformes
Family: Dromornithidae