This tree is older than the Egyptian Pyramids

Pinus longaeva is commonly known as the Great Basin Bristlecone Pine. It introduces a new category label for this blog as its reason for being here comes from the fact that it is so long lived.

Description:
Pinus longaeva is not a particularly large tree growing 5 to 15m tall. This is fairly large for a mountain tree, but it doesn't compare in size to some of the largest trees. 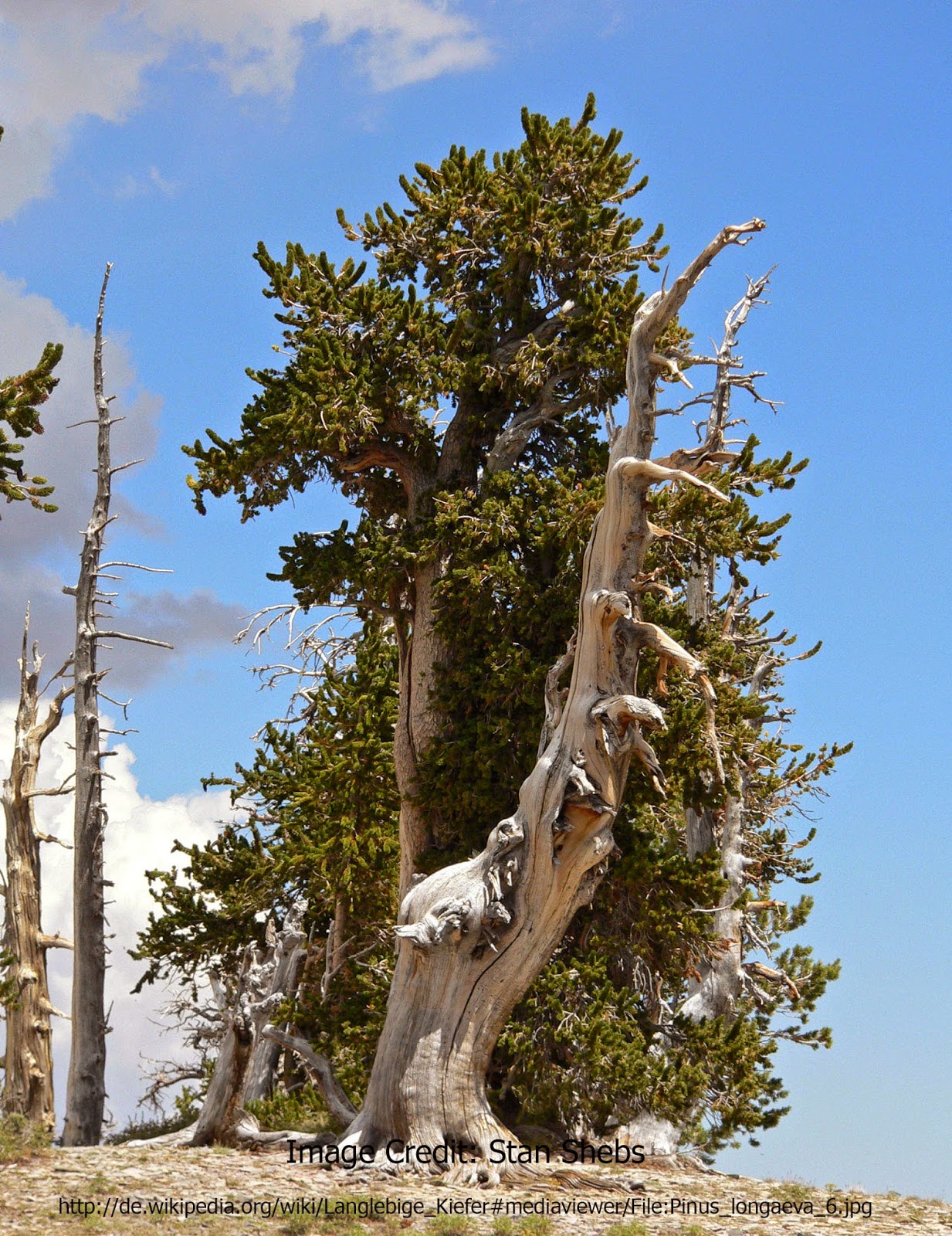 Young trees look much different to old trees with young trees covered in smooth grey bark while older trees are a reddish brown colour and the bark is often mostly stripped off the trunk by the centuries of harsh mountain winds. Parts of the trunk often die off as the tree ages and in fact sometimes there can be only a thin strip of living tissue joining the roots to a few living branches. So how old do they get? 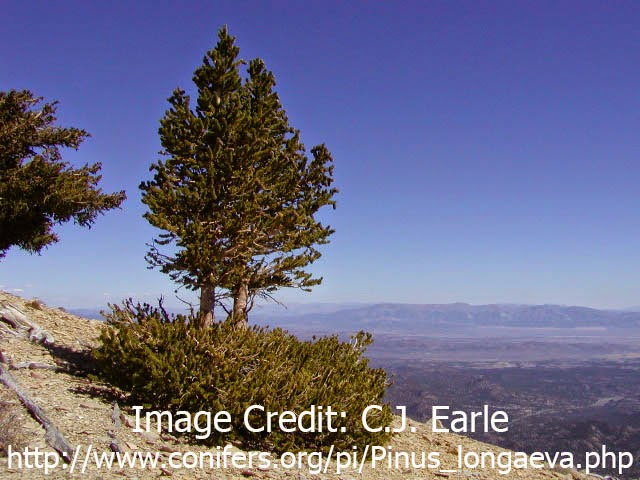 The oldest living specimen was measured to be 5,062 years old in 2012 by a man named Tom Harland. This makes it the oldest individual tree in the world (yes, wait for the sequel). Average life exppectancy is hard to measure in such long lived species but it probably greatley depends on their position. On some mountain slopes the average age of living specimens is up to 2000 years old. The exact location of this tree was not revealed out of fear that tourism would endanger the tree.

Distribution:
Pinus longaeva is found at high altitudes. It has a patchy distribution and is restricted to the Southwest American states of California, Nevada and Utah.