A fish with mirror eyes
Description:
Dolichopteryx longipes is commonly known as the brownsnout spookfish. That name alone is enough to call it bizarre, but take a look at its appearance: 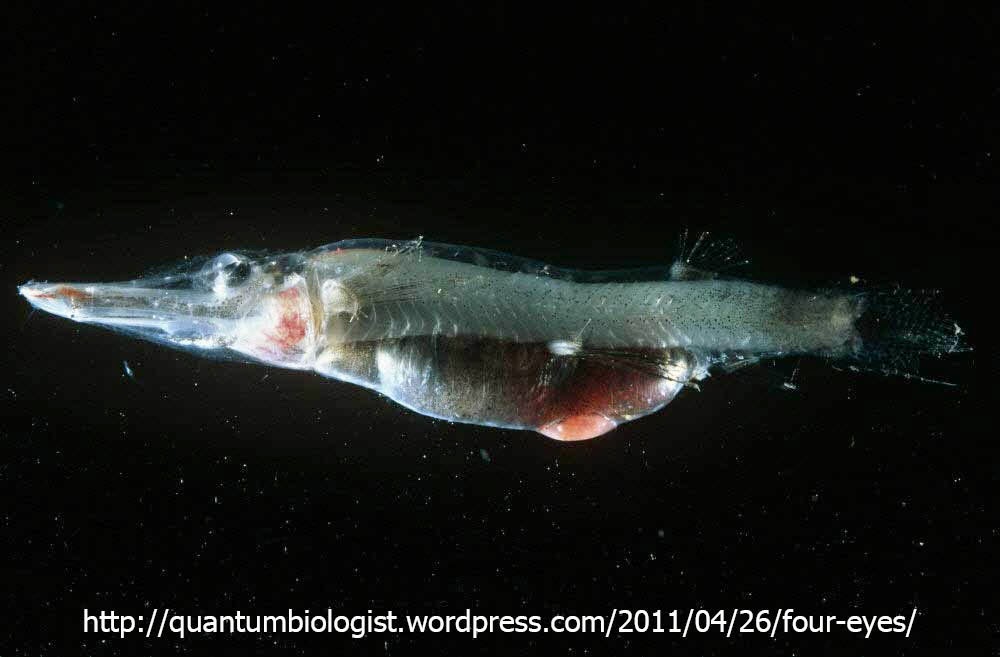 Its skin is completely transparent and the rest of its body is sometimes quite translucent.
Instead of using lenses in their eyes to focus their vision on objects they use small mirrors located interior to their eyes. Apparently this is a superior method when you are trying to see the many bioluminescent organisms that live in the oceans abyss.

Despite the fact that the species was first described in 1888, it was not until 2009 that the scientific community saw its first living specimen of this bizarre creature.

Distribution:
The Brownsnout spookfish live at depths between 500 and 2500 m below the surface of the ocean. They have been found in the Pacific and Atlantic oceans.