The Lord of the Rings meets Jaws

Description:
Mitsukurina owstoni  is commonly known as a goblin shark or a vampire shark. This reference to evil mythological beasts comes not only from their bizarre appearance but from the sharks aversion to sunlight.

The most obvious feature of these unusual beasts is their flat protruding snout which is highly electrosensitive. 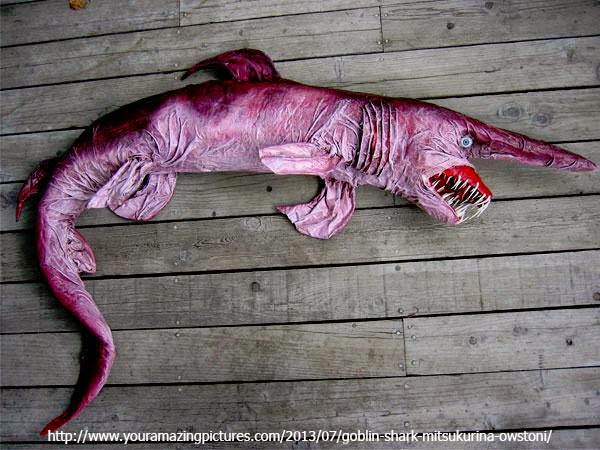 Their long needle-like teeth definitely look like they come from something evil, but their jaw is surprisingly soft and flexible. When they are eating the extend their jaws outward. Not much is known about what they usually eat. Their unusual pinkish colour comes from the fact that their skin is actually transparent and the colour comes from the blood moving around underneath the skin. 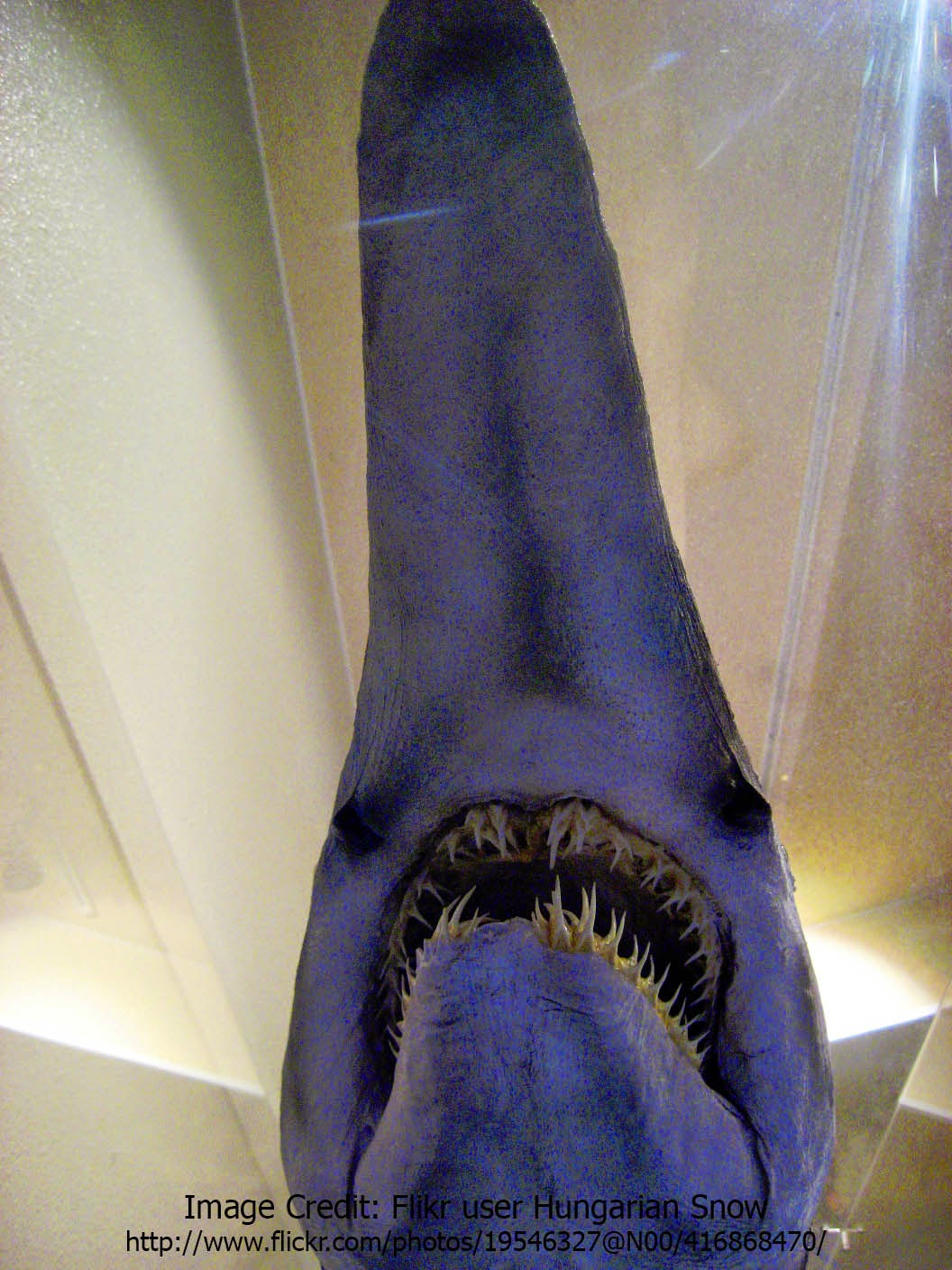 Distribution:
Goblin sharks are most commonly found in the waters around Japan but they have been found in various locations across the Atlantic, Pacific and Indian oceans. Most specimens captured have not been too far below the ocean surface, but this could be a sampling error. Their features and behavior suggest they might prefer the aphotic zone.

Classification:
Goblin sharks are the most basal group of the order Lamniformes, the group which contains most of the creatures which you would think of when imagining a shark.
Kingdom: Animalia
Phylum: Chordata
Class: Chondrichthyes
Order: Lamniformes
Family: Mitsukurinidae
Genus: Mitsukurina
Species: Mitsukurina owstoni