Not a spider.
Description:
Pantopoda are an Arthropod order which are commonly referred to as sea spiders but don't let the name confuse you because while they live in the seas they are not spiders.
Sea spiders usually posses 4 pairs of legs as do true spiders, although a few species with 5 or 6 pairs have been described. Their legs are long and thin and are attached to a cephalothorax as is the case throughout the chelicerata. 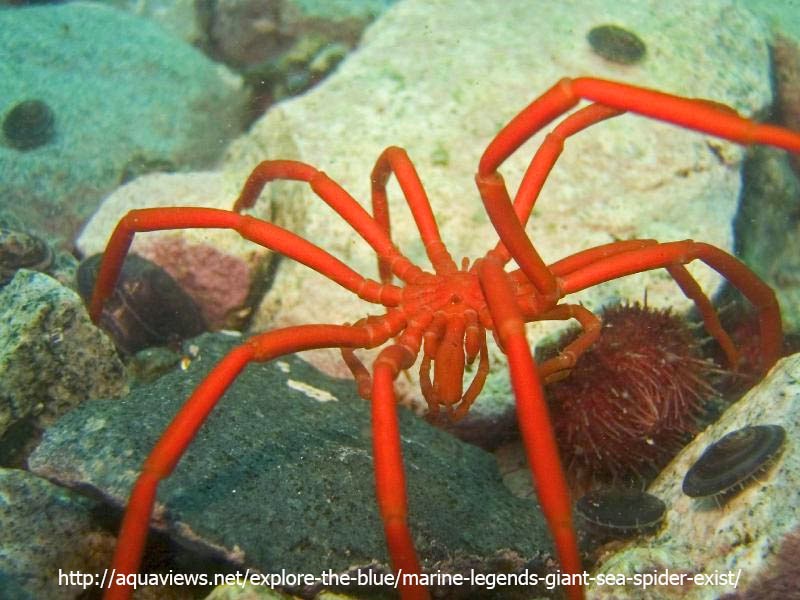 They lack a body cavity for housing their organs and instead their organs wind their way through the sea spider's long appendages. Fossils indicate that they used to have this body cavity but it was lost. They have no respiratory system and oxygen just diffuses across the exterior of their body by osmosis so their body needs to maintain a high surface are to volume ratio. This is part of the reason their body is so elongate and why none of the species grow very large, although the giant sea spider manages to grow to 25 cm long. 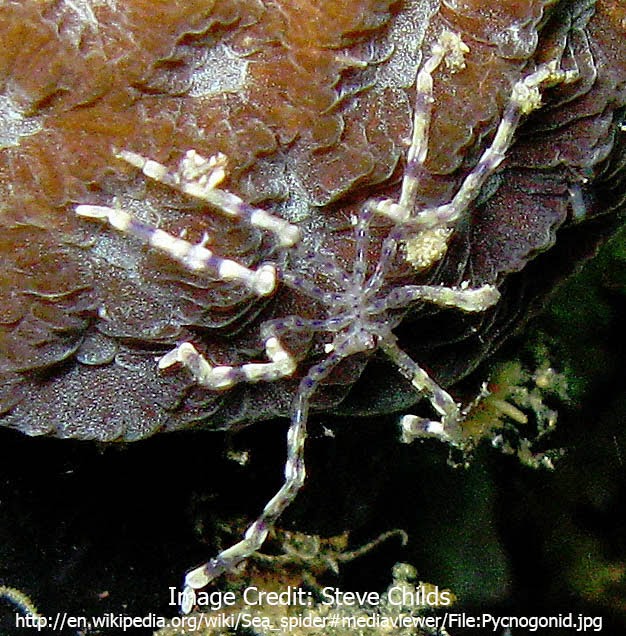 Distribution:
Sea spiders are found in all marine environments. Some are deep ocean species and some are surface dwellers. They are more commonly found in seas than open oceans.

Classification:
Pantopoda are the only Order in the class Pycnogonida and and not in the Arachnida with true spiders despite the fact that they usually posses four pairs of legs. They are in the subphylum chelicerata with the arachnids,  scorpions, pseudoscorpians and horseshoe crabs. Some molecular phylogeneticists argue that they may not belong in this group at all but in their own subphylum as the basal group of all arthropods.
Kingdom: Animalia
Phylum: Arthropoda
Class: Pycnogonida
Order: Pantopoda