A creature with bacteria detecting blood
Description:
Limulidae is the last remaining family in the Arthropod class Merostomata, which used to be a lot more diverse. The four species which are the living remnants of this group are commonly known as horseshoe crabs. 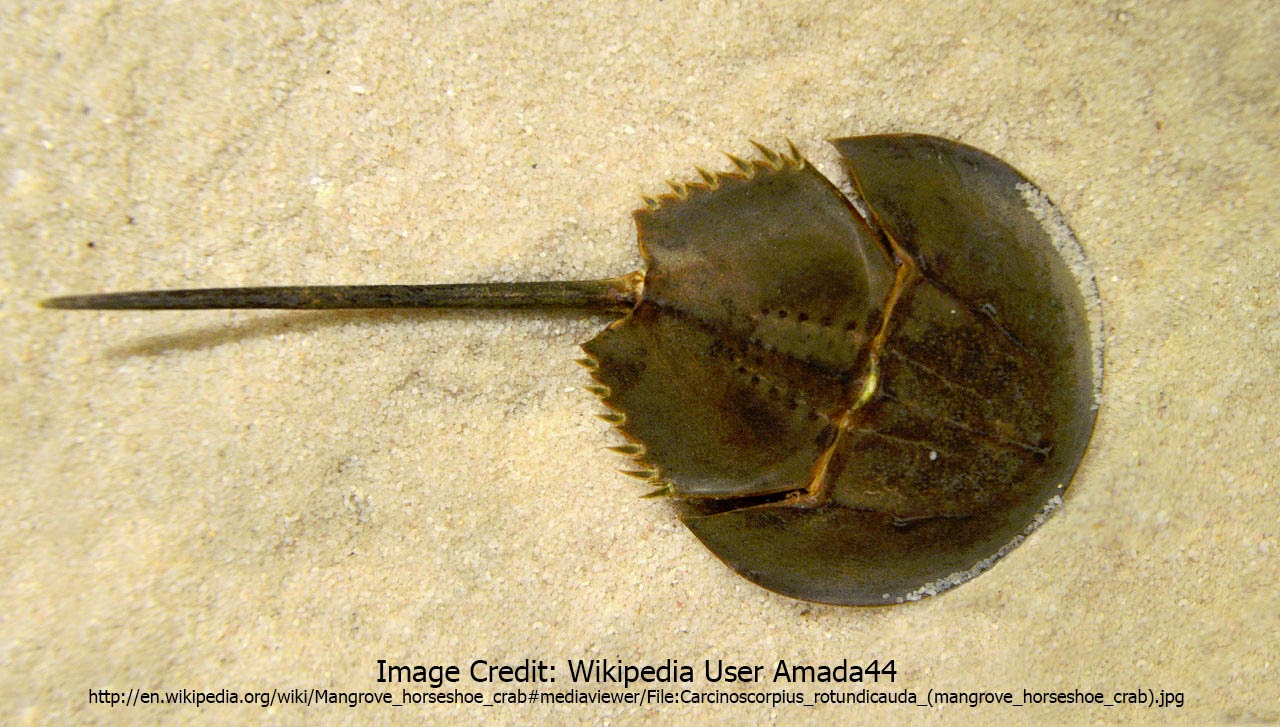 Horseshoe crabs have 3 pairs of eyes and one endoparietal eye. Their entire dorsal surface is covered in a hard chitinous carapace.  They have book gills which are somewhat similar in structure to the book lungs in spiders. Like spiders thy lack a head and thorax and have a cephalothorax instead. Their mouth is located between their legs their front two pair of appendages are homologous with the chelicerae and pedipalps in the other chelicerata. They also posses an abdomen and a tail. The tail is possible homologous to a scorpions tail but it is used for turning itself upright, not for stinging. 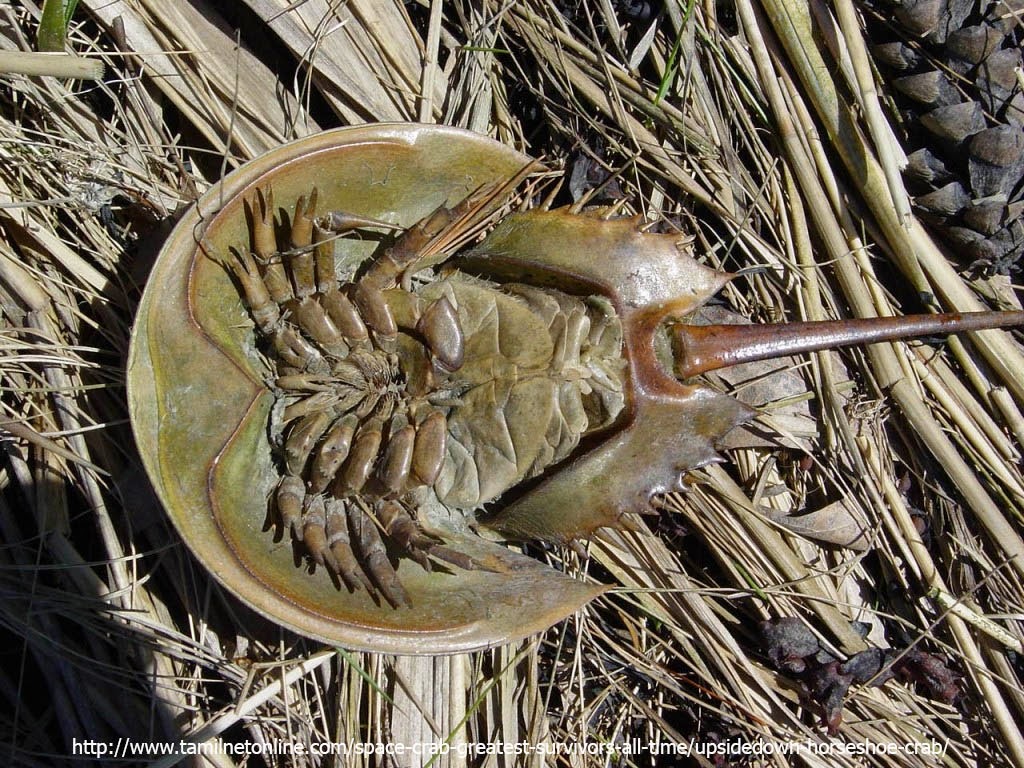 Their blood is used as the most efficient method we have of testing for bacterial contamination on medical equipment. It does not contain hemoglobin but another substance known as haemocyanin The chitin in their shell is also used to coat suturing equipment. Mulched up horseshoe crabs also make very effective fertilizer. They also make very good bait. Horseshoe crabs live in shallow waters of continental shelf. They occasionally crawl onto land to breed.

Distribution:
Horseshoe crabs are found off the East coast of North America, and coastal regions of East and South East Asia.

Classification:
Horseshoe crabs are not crabs as is obvious from even a superficial inspection. They are in fact not even crustaceans. They belong to the Arthropod subphylum Chelicerata, the group that includes Scorpions, Spiders, mites and ticks among other things which will be discussed in later posts.