These ants job is to eat
Description:
Melophorus are a genus of ants which are commonly known as honey ants or honeypot ants. These ants have a rather cool adaptation to typical feast/famine environment which occur throughout most of Australia. Most people know that ants have special casts which are specially adapted to perform specific tasks such as fighting off invaders or digging tunnels. This genus have a special cast which acts as food storage. When food and water is plentiful they are fed by the other ants. They do not leave the tunnels and just lie there storing sugars in their abdomen in the form of a sort of honey. They can also store water and fatty acids. When times are bad the other ants can approach the food storage ants and stoke their antennae causing the storage ant to regurgitate the nutritious liquids. When the storage ants run out of food they die and are eaten by the other ants. 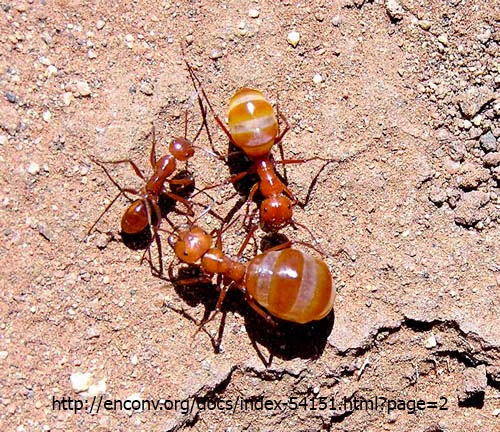 There are several other genera of ants which have similar adaptations and they are nearly all found in arid environments, and all of them can be called honeypot ants. In most areas in which they occur they have been used as a food source. 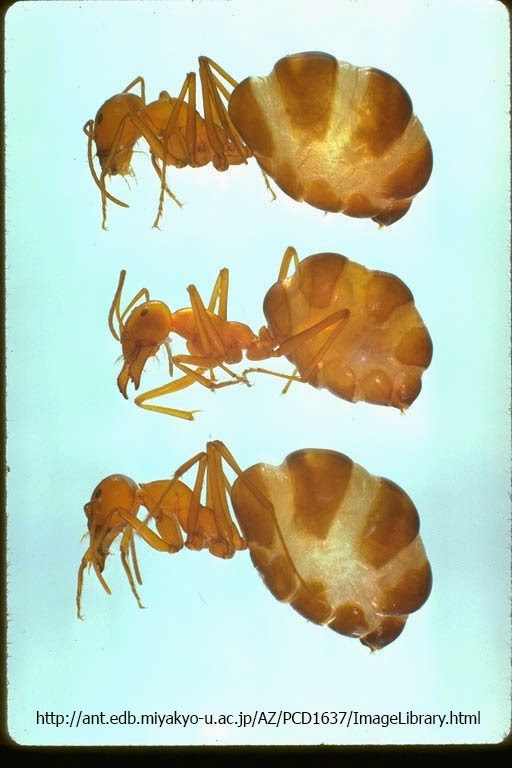 Distribution:
Melophorus are found in arid and semi arid areas of Australia.

Classification:
Melophorus are the only members of the tribe Melophorini. They do not form a monophyletic group with the other honey ants, meaning that this adaptation has probably evolved several times.