The caterpillar who would be queen of the ants.

This is part 1 one 2 in a weird three way coevolution story. When people think of Bizarre creatures they do not normally think of Europe, but there are some weird enough things that go on up there.

Description:  Phengaris arion just looks like a large blue butterfly and is rather boringly named the Large Blue Butterfly. Apart from the fact that it may look pretty, it does not appear to be very interesting. It is their reproductive strategy that is really interesting. Female Large Blue Butterflies lay their eggs near the nests of genus Myrmica a fairly unremarkable group of ants. After the eggs of the Large Blue Butterfly have hatched the caterpillar begins emitting pheromones that mimic the larvae of ants from the Mytmica genus. When the  ants find the deceptive caterpillar they give it a free lift back to the nest and store it in the chamber with the rest of the ant larvae. This is a very dangerous place to be for any caterpillar as there is nothing ants like more than tearing apart caterpillars and grubs for food. Once in the nest the caterpillar starts to mimic the queen ant with both its pheromones and the noises it emits. This tricks the ants into keeping it well fed and will, in their confusion, sometimes even kill some of their own larvae to keep it fed. Sometimes the greedy caterpillar will take a sneaky munch of the larvae themselves. When the caterpillar becomes an adult it leaves the ants nest and flies away. 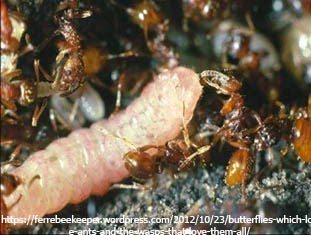 This strategy is far from perfect. The ants have been evolving more and more complex pheromone cues discover the intruders. When there is a living queen present in the nest the ants are much more likely to spot the subterfuge. If the wrong species of ant pick up the juvenile, discovery is almost certain. As you can imagine for the caterpillar failure to convince the ants will result in a painful death as their flesh is hacked off in small chunks and eaten by dozens of different ants. 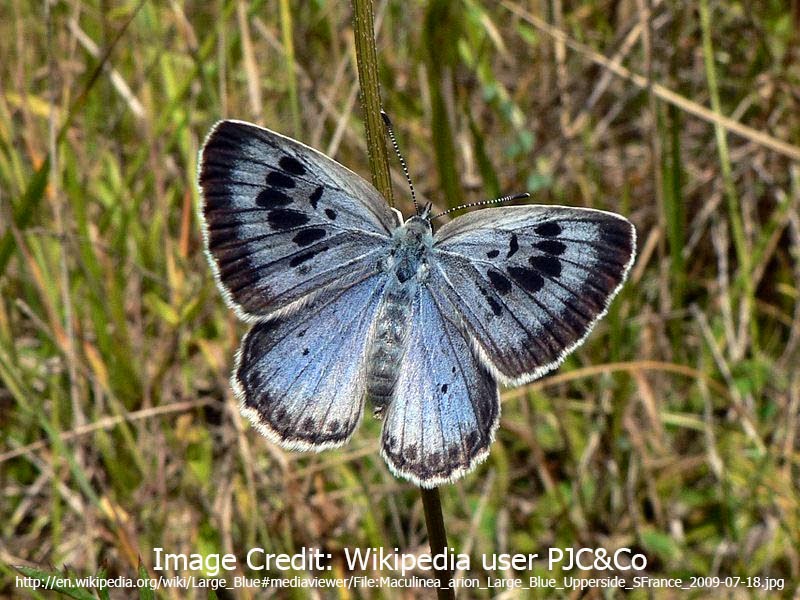 If the trick works than the caterpillar has just found a way of getting fed without any effort. What's more it has an army willing to die defending it in an underground tunnel which they built which makes the caterpillar nice and safe from predators.  Or does it?

Read tomorrow's post in which host-parasite coevolution really starts to get messy.