This deer certainly could not fly.
Merry Christmas everyone.
Today I decided to go with the most Christmas related bizarre creature I have. It is an extinct member of the deer family, not quite a reindeer,  but it's the best I could do.

Description:
Megaloceros giganteus is an extinct member of the deer family and its common name is the Irish elk. They were arguably the biggest member of the deer family to have lived but are most well known for their enormous antlers.  Like other deer the males shed their antlers and regrew them every spring. The antlers are used to compete with other males for females. Presumably the male deer would have originally fought with their antlers, but in modern deer fighting is rare and obsolete in some species. The males just measure up the size of their horns and the one with the smaller horns will just back off realizing it is not worth fighting a battle he will probably lose. This development has led to the antlers become more and more ornamental and less and less practical. The Irish Elk took this principle to an extreme. 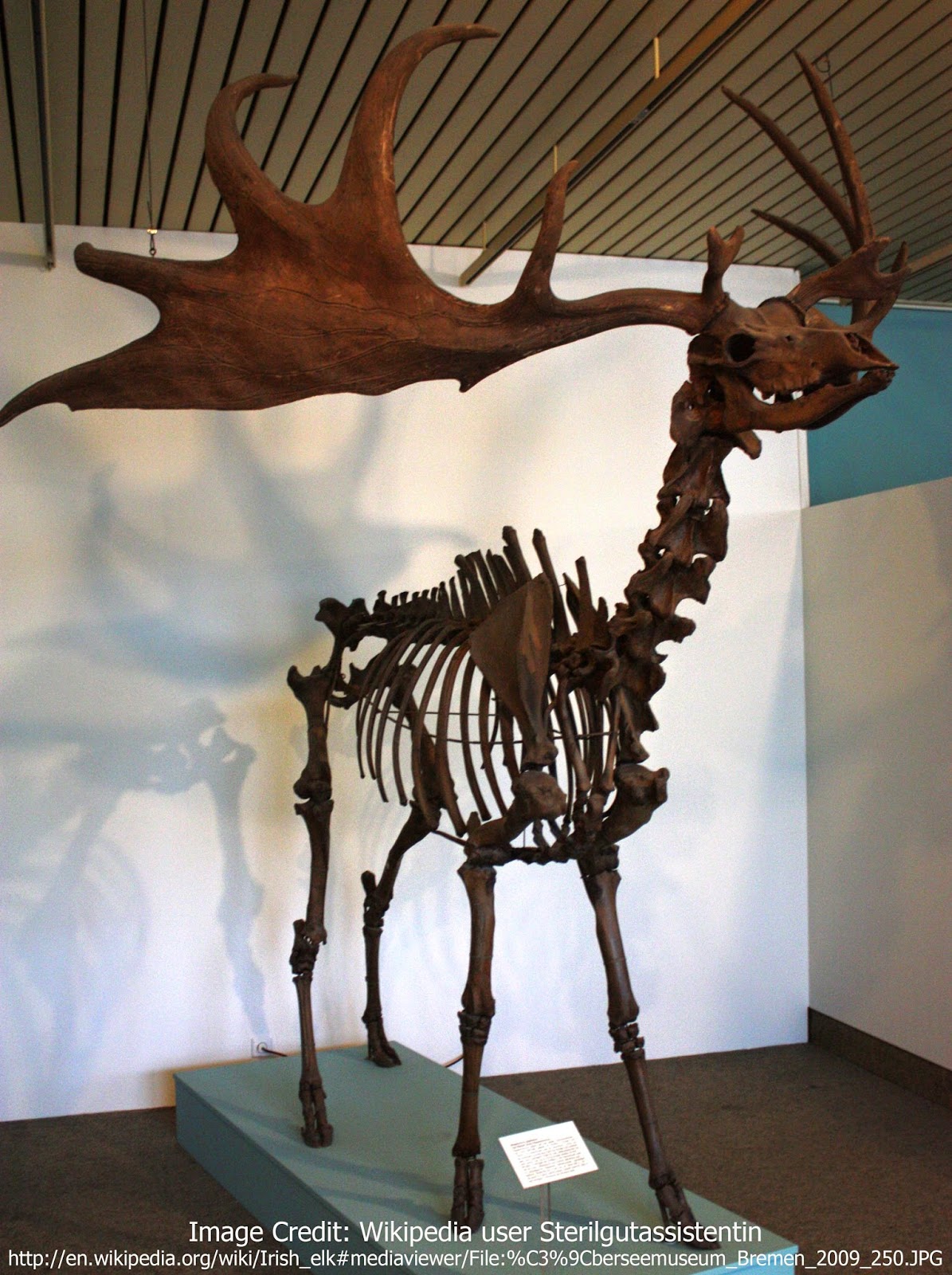 The Irish elk stood an impressive 2.1 meters tall but their antlers could reach over 3.5 meters in length from tip to tip and could weigh up to 40 kg. Even for such a large animal this would have been a significant burden when attempting to evade hungry predators such as wolf packs or Humans. Many biologists have speculated that the ridiculous size of these antlers was one of the main contributing factors in their extinction. This would fit in quite well with various jokes about the Irish.

Distribution:
The Irish Elk is extinct but it was previously found not just in Ireland but across the whole Palaerctic region. The name comes from the fact that the first specimens were found in Ireland and to date most specimens are found from Irish bogs. The most recent specimens have been dated to 7700 years ago, and so they definitely coincided with modern humans and may have even coincided with human civilization.