This Creature is so weird experts thought it was a hoax

Ornithorhynchus anatinus is commonly called the platypus, meaning flatfoot because of its webbed feet. The first thing you notice when you look at this strange semi-aquatic mammal is not the webbed feet but the massive bill that looks like it belongs on some kind of duck. 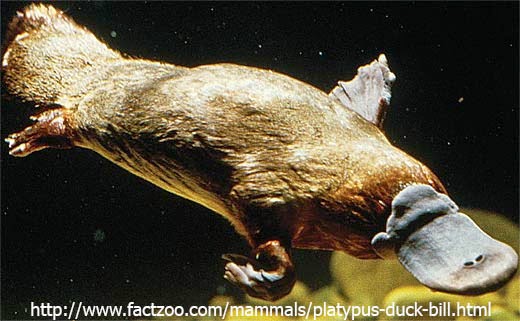 In fact the first specimen of a platypus captured by a European was stuffed and sent back to the British Museum where a biologist named George Shaw immediately presumed it was a hoax and proceeded to try to remove the bill.  I guess it is not all that surprising as it looks like a beaver with a water birds beak and feet while it's skeleton is 'reptilian' in the way the legs join to the body.

It doesn't help that the Platypus is a metronome, a rare group of mammals which lays eggs. To add to the overall weirdness male Platypuses (let's assume that's how you pleuralise platypus) have a poison bard at the base of their leg which they can inflate and use as a defensive weapon. Humans who have been stung by a Platypus describe it as incredibly painful and while it cannot kill humans as far as we know it can temporarily immobilize limbs. Their enormous bill is fairly densely covered in electroreceptors which they use for foraging for food among the river bed stones. Its diet consists mostly of snails and other marine invertebrates and it is actually quite limited in what it can eat as it lacks a stomach. 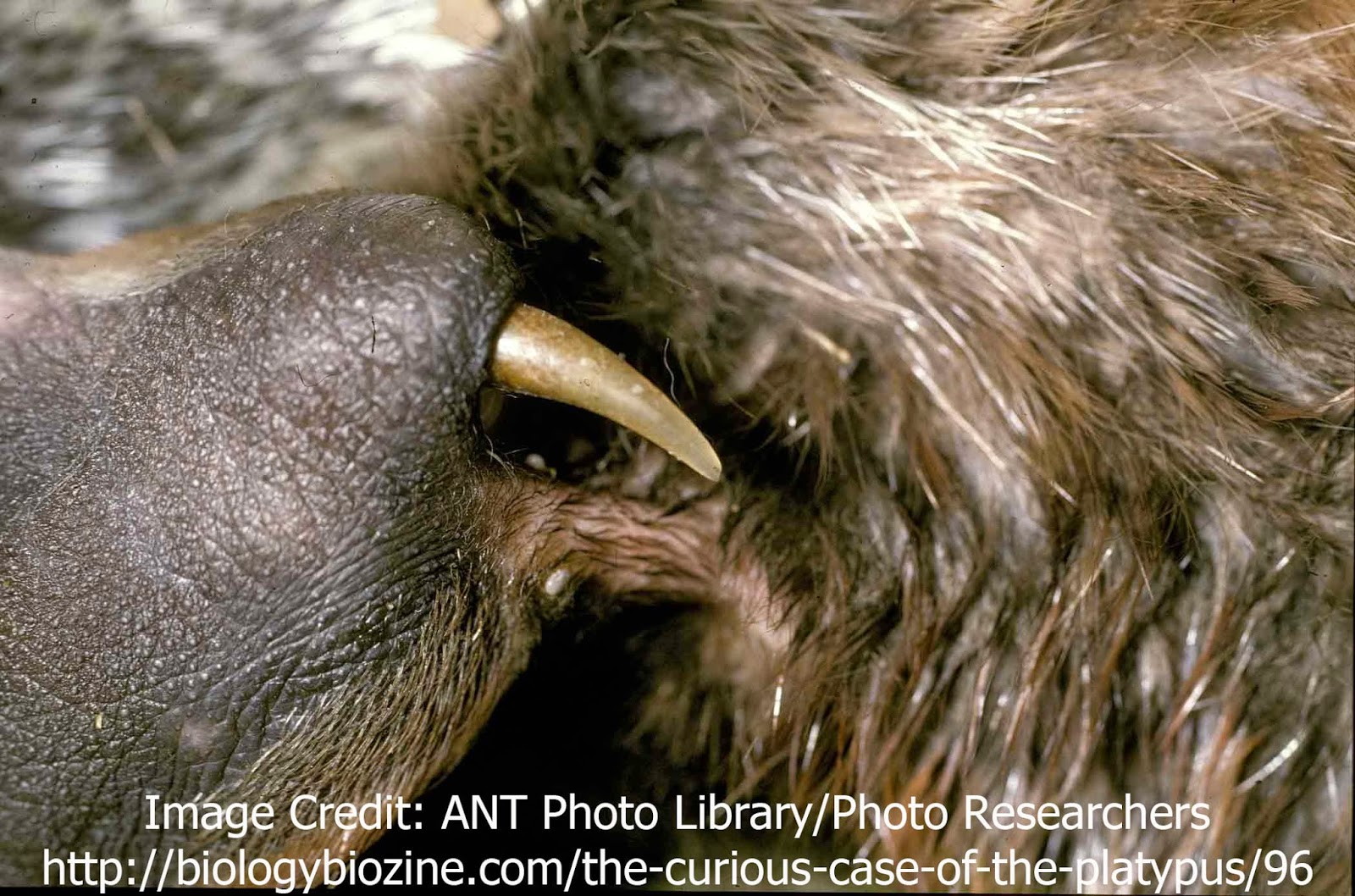 Distribution:
The platypus is only found in eastern Australia including Tasmania. Its range is almost exclusively East of the Great dividing range and it does not extend to Cape York in the North.
Classification:
There are a few extinct members of the genus Ornithorhynchus which are also called platypus, but O. anatinus is the only extant species. Their closest living relative are the Echidnas, and together they are the only remaining members of the Monotreme order.
Kingdom: Animalia
Phylum: Chordata
Class: Mammalia
Order: Monotremata
Family: Ornithorhynchidae
Genus: Ornithorhynchus
Species: Ornithorhynchus anatinus