This is part 2 of 2 in a weird three way coevolution story. Yesterday's post on the Large Blue Butterfly was part 1.

Description:
Ichneumon is a genus of parisitoid wasps, which means they lay their eggs inside other living thing and the young feed of their host while maturing. The species Ichneumon eumerus specializes in laying its eggs inside the Large Blue Butterfly. This may seem like a rather difficult task given that they live inside ants nests and are protected of hundreds if not thousands of loyal ants willing to give their life to defend what they think is their queen. These wasps have a really cool trick to get past the guards. 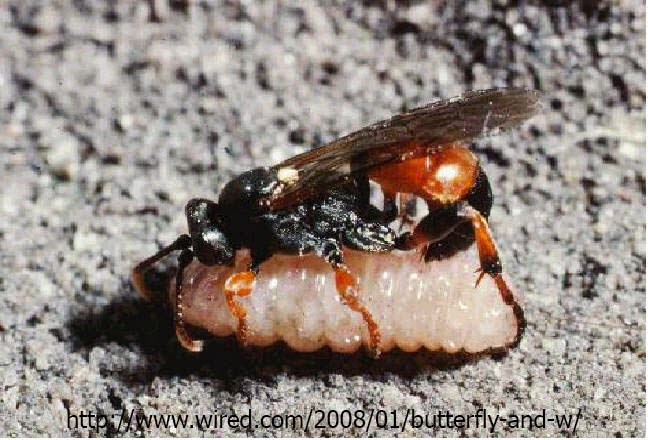 Somehow the wasps know which ant nests are infested with butterfly larvae. They land near the nest and enter. Ants don't take too kindly to this behavior but the wasp begins emitting pheromones which confuse the ants and drive them crazy. Instead of ferociously tearing the wasp apart, they turn on each other confusing familiar ants with invaders. The wasp safely passes through the nest. Unlike the ants, the wasp is not fooled by the butterfly larvae, he somehow tracks them down and in a room crawling with ant larvae they easily find the caterpillars they are looking for. They inject their eggs inside the wasp and the juveniles begin eating it from the inside out once they are hatched. They leave the inside intact and when the butterfly spins its cocoon the wasp will eventually just replace the caterpillar and will hatch from the cocoon themselves. The pheromones that the caterpillar excretes linger long enough for the wasp larvae to safely hatch. 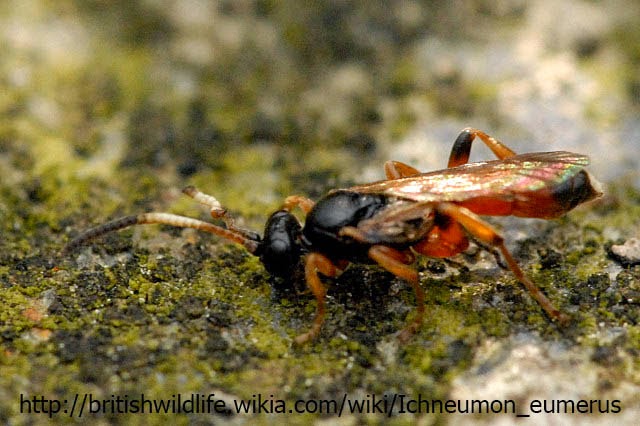 The king, David Attenborough describes the whole process in his documentary series Life in the Undergrowth. Here is the clip: