This animal made zoologists laugh
Description:
Opabinia is a recognised genus of .... something. From Earth. 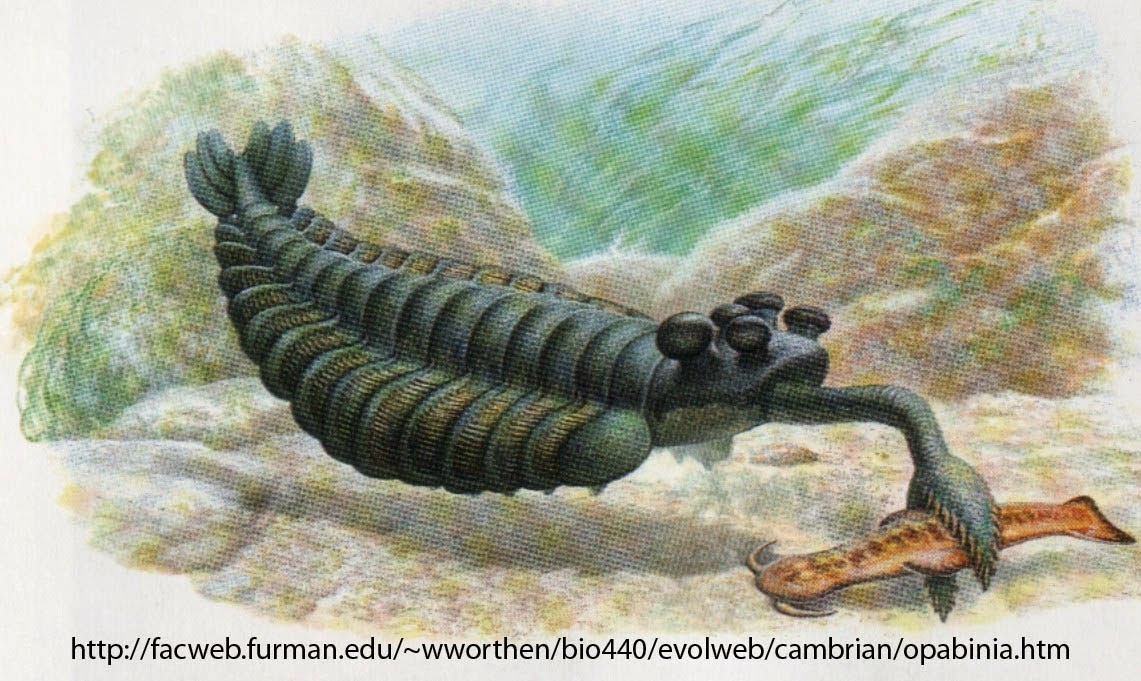 This was one of those bizarre experiments of evolution which was performed during the Cambrian explosion. You probably noticed the five eyes. I guess they needes the depth perception for handling things with that claw. That claw looks to me as though it might be homologous with some mouth part structures in living arthropods. But I'm guessing. Apparently when Whittington first presented this fonding to the zoological community the audience laughed at how weird it looked. 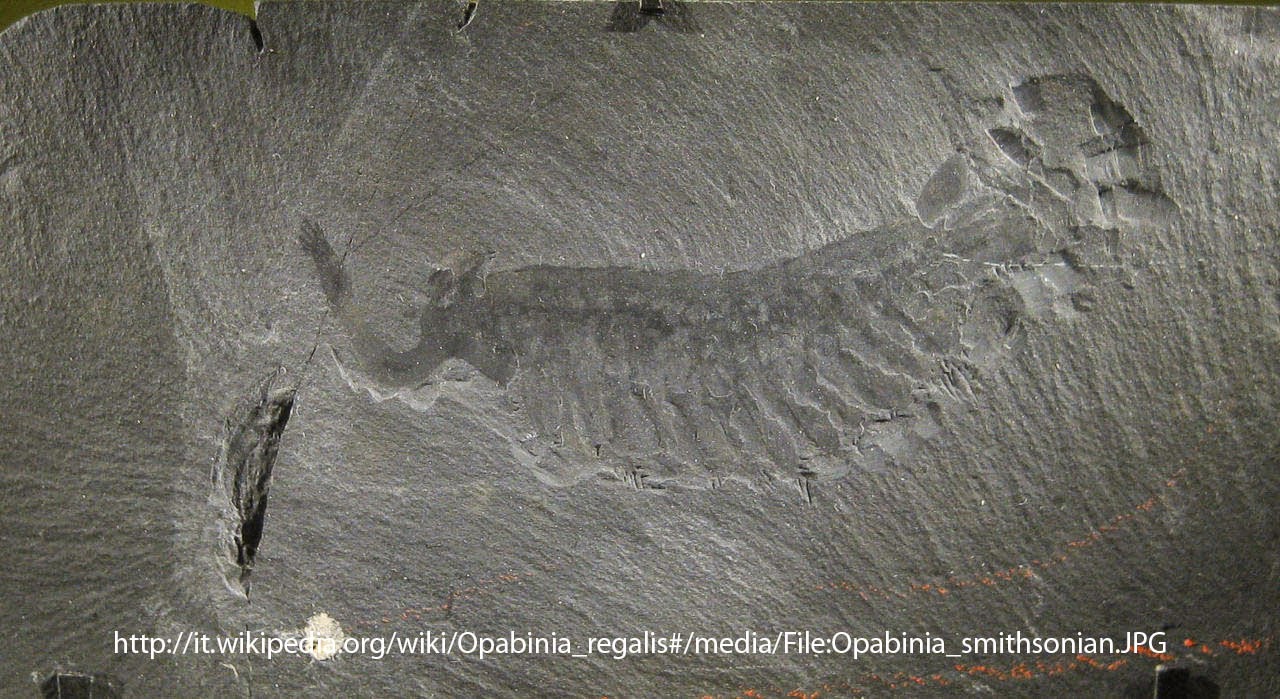 They had a tough segmented exoskeleton. Each segment was probably capable of independent movement allowing the creature to propel itself through the water by moving then in a wavelike motion. These segments are (hopefully) homologous with the segmentation present in all modern arthropods.

Distribution:
This genus is recognised from several fairly well preserved fossils from the Burgess Shale in British Columbia.

Classification:
Opabinia is probably an arthropod, or is at least a close relative of the Arthropods. It does not belong to any living Class, but it is probably related to Anomalocoris and has been placed in the same class along with several other bizarre creatures.
Kingdom: Animalia
Phylum: Arthropoda
Class: Dinocaridida
Order: Radiodonta
Family: Opabiniidae
Genus: Opabinia