Fish out of water
Description:
Oxudercinae are a subfamily of Ray finned fish which bear the common name mudskippers. 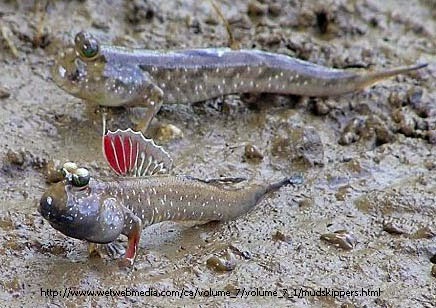 These little fish are capable of spending days at a time on moist land. Contrary to common belief, most fish can respire on land, they just can't do it very well. Often their gills will collapse without the support of the water making them less effective. Their gills also become less and less effective the drier they get. Mudskippers are no exception here, but in a similar way to amphibians they have developed a method for breathing through their skin, provided it remains moist. Unlike most fish they are adept at walking around on the land and can even jump up to 2 feet in the air. Like other true fish they are adept swimmers. 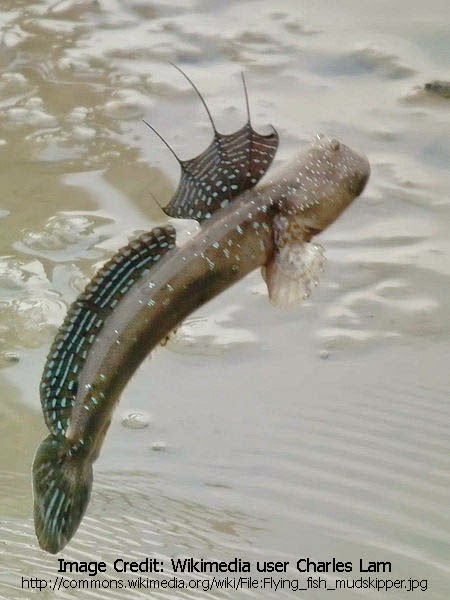 Mudskippers are very territorial and highly aggressive towards each other. But their fights don't look so intimidating:

Distribution:
Mudskippers have an Indo-pacific distribution but are restricted to moist habitats.

Classification:
As mentioned above, mudskippers are ray finned fish, which means they are not closely related to the group of fish which eventually evolved into land animals. The amphibious lifestyle is convergent. They are in no way part of the amphibian group.