Gourmet mites
Description:
Tyrophagus casei is a species of mite referred to as a cheese mite, although it is not the only mite to carry this common name. 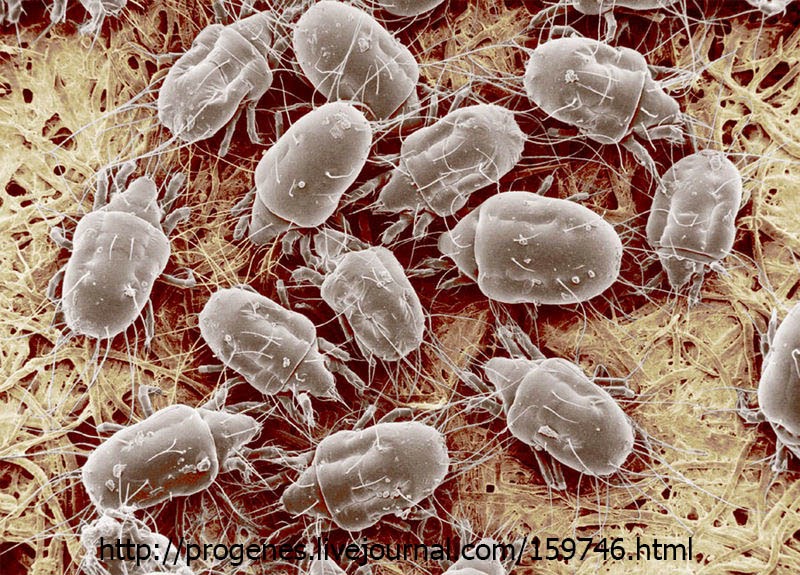 This creature is not really all that bizarre,  but what we do with them is. These little mites are well adapted to survive in domestic environments.  They are scavengers and will eat a lot of what we eat such as cheese, smoked meats and flour. It is their taste for cheese which makes them of particular interest. 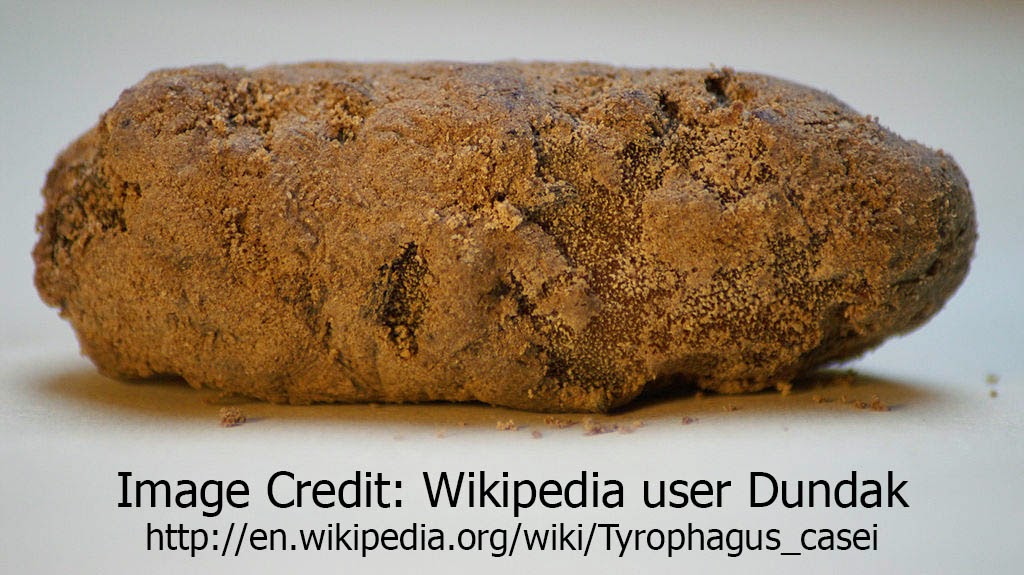 They are not called cheese mites simply because they like to eat cheese but because they are uses to produce cheese, specifically a gourmet German cheese known as Milbenkäse. The cheese mites will rapidly colonize the outer layer of the cheese. As they eat, they defecate and they grow shedding their tiny exoskeletons along the way. As a result of these activities a very fine dusty layer of mite debris forms on the outer layer of the cheese. This gives the cheese its distinctive flavor. There are other mites which are used to produce other cheeses. If you want to see what it looks like check this out:

Technically I think this makes them some of the few arachnids that is regularly used as a food source,  although I have heard of people eating fried tarantula in South East Asia.

Distribution:
Tyrolichus casei is one of those species which has probably been introduced all over the world by humans.