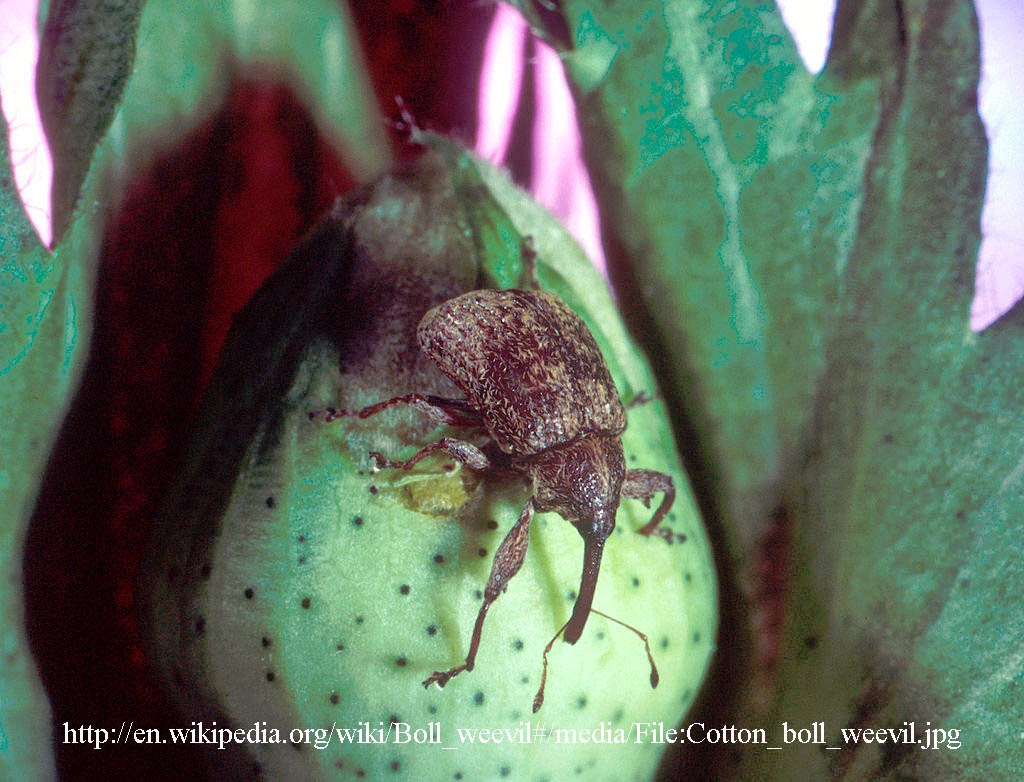 It is fairly normal looking for a weevil, which means there are a lot of species which look very similar to it. It also happens to be a major economic pest of cotton. Like most weevils they are highly specialized and will pretty much only eat a single species of plant. In their case that plant happens to be cotton. As a result they are very good at eating cotton. In agricultural environments with lots of cotton growing in close proximity they can quickly become massive, highly destructive swarms. They can lay up to 200 eggs per generation and during a good cotton season they can experience up to 10 generations. If left uncontrolled they can devastate cotton monocultures. 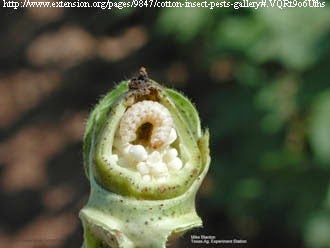 So, you might ask, why is there a statue of a boll weevil in Enterprise,  Alabama, a part of the U.S. which traditionally depended on cotton for its economy? In the early 20th century there was an huge outbreak of boll weevils in the southern states of the U.S.  Farmers were forced to abandon cotton crops and plant other things. This meant they were forced to experiment with new crops, and discovered that they could make even more money. Those few whose cotton survived the weevil plague were getting far better prices for their cotton due to the short supply. Apparently the Farmers around Enterprise,  Alabama were so grateful they decided to erect a statue.I had to include this species because not many insect species have statues erected in their honor. 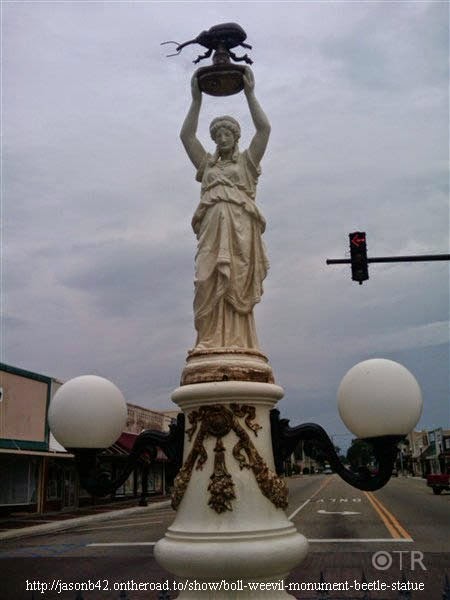 Distribution:
The boll weevil is found anywhere where cotton grows. It is probably native to Mexico although cotton has been cultivated for so long over such a large area that it is difficult to determine which areas it is native to and which areas it has been introduced into.