That bird can dance 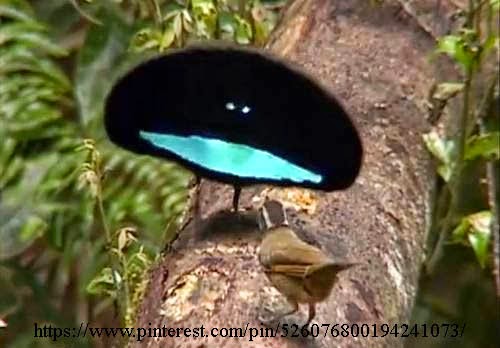 Actually only the males can be considered in anyway superb, with the females lookimg drab in comparison.  This is fairly common in birds as the females are usually the choosy ones.
Unfortunately for the males of the species there are just as many females as males, which is not all that common for birds. This makes the females extra choosy. Females have been known to reject up to 20 male suitors in a row before deciding to mate. This has led to a bizarre mating dance ritual:

Distribution:
Lophorina superba are common on the Island of New Guinea.