Umbonia crassicornis is a trehopper which is commonly known as a thorn bug, because of its thorn-like pronotum. 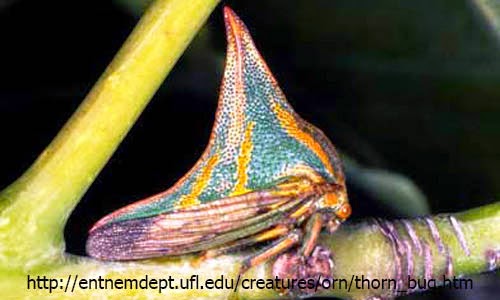 Their thorn like projections are probably for defensive purposes. They tend to swarm in large clusters which gives the impression that the plant they are feeding off is densely covered in thorns. 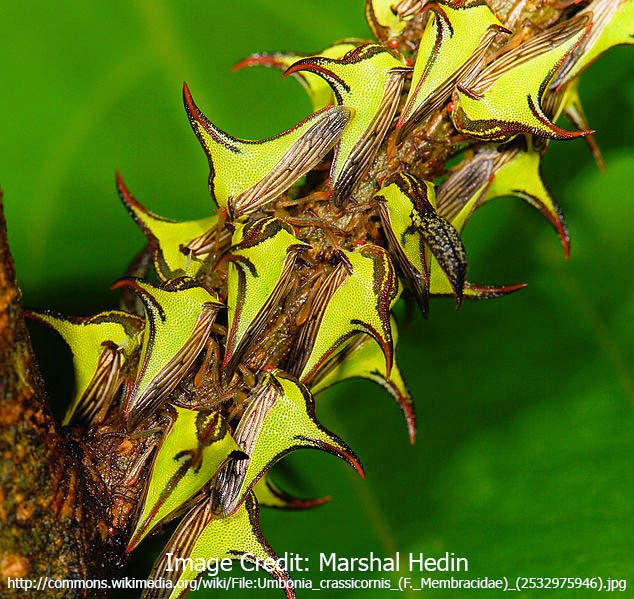 You might think that the plant derives some benefit from this, but damage done by large clusters of these bugs feeding and laying their eggs inside the plants can cause severe damage and sometimes even kill some plants. They are a garden pest in some places. 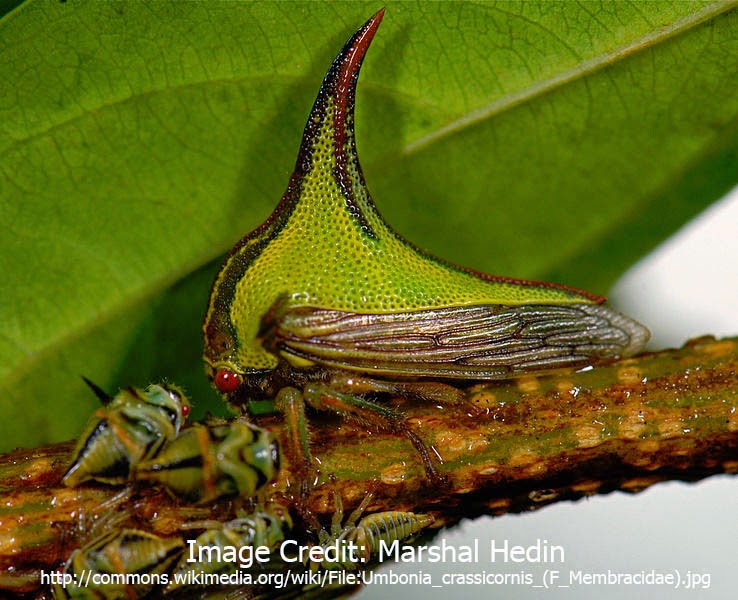 Distribution:
Umbonia crassicornis is found throughout South and Central America as well as some of the warmer parts of the United States.