A snail with iron armor
Description:
Crysomallon squamiferum is a recently discovered (2001) snail which has been given the rather boring common name of scaly foot gastropod. 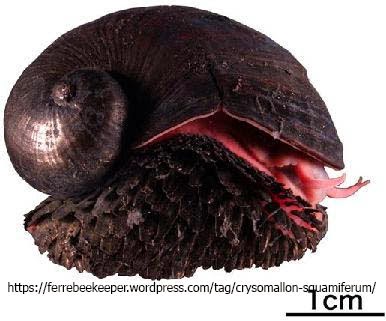 It is a deep sea snail that lives around hydrothermal vents in the deep ocean. Their shell has been modified to easily resist the pressure of the deep ocean. As well as an inner layer of calcium carbonate and a middle layer of tough but flexible protein they have a reinforced outer layer of iron sulfides. Most snails, like dragons, have a soft underbelly which is a weakness that these ironclad snails have managed to circumvent. Like Smaug they have coated their underside with toughened scales. These scales are also made of iron sulfides. 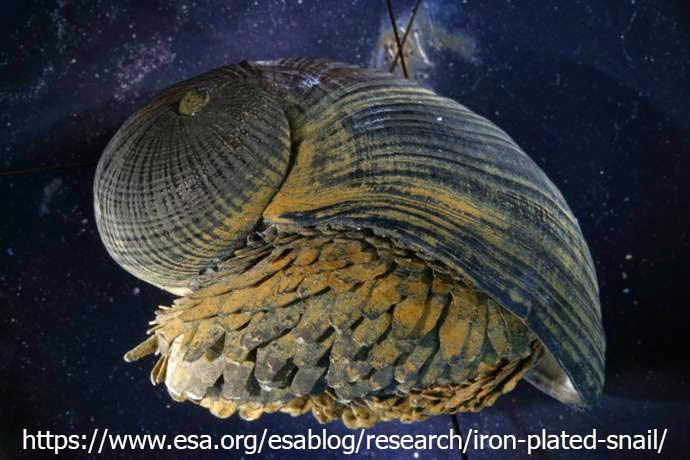 Distribution:
The scaly foot gastropod was found in a hydrothermal vent on the Central Indian Ridge in the Indian Ocean.