You don't often get devil and flower in the same name.
Description:
Idolomantis diabolica is a praying mantis which is commonly known as the devil's flower mantis. 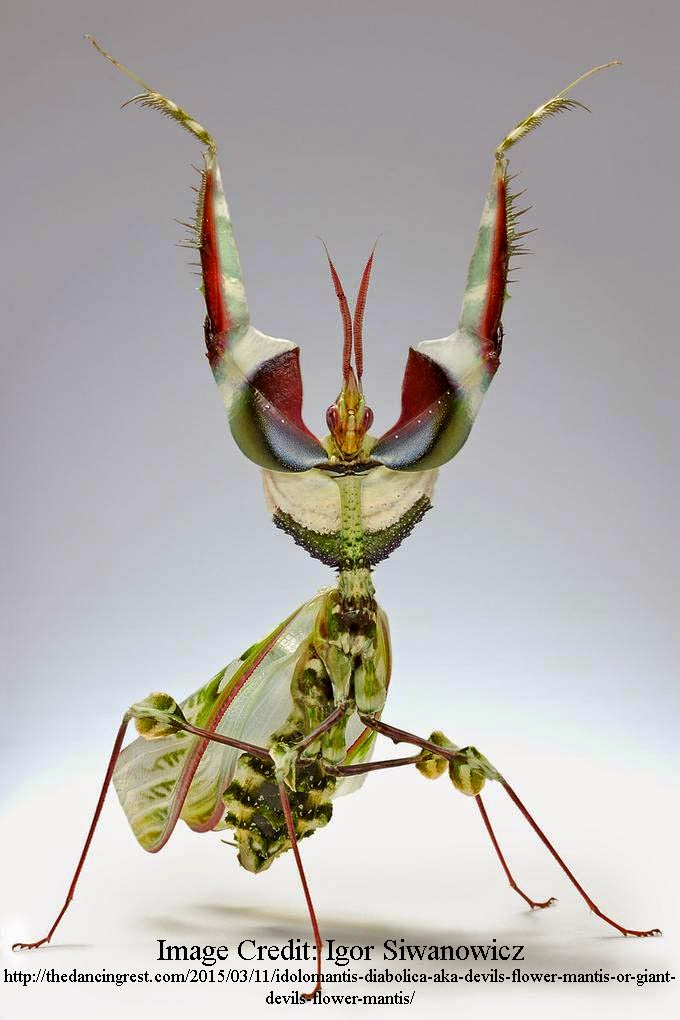 They are a large species of mantis with females reaching up to 13 cm in length. They are quite a bizarre looking mantis due to their adaptations both to mimic a flower when hunting their prey and to appear larger than they are when they are threatened. When hunting they remain perfectly still and hide the colourful flaps under their legs. When they are threatened they stick their legs in the air and reveal the flaps giving them the appearance of being larger than they are. They have very sharp and very efficient mandibles and are quite fond of using them to decapitate their prey. 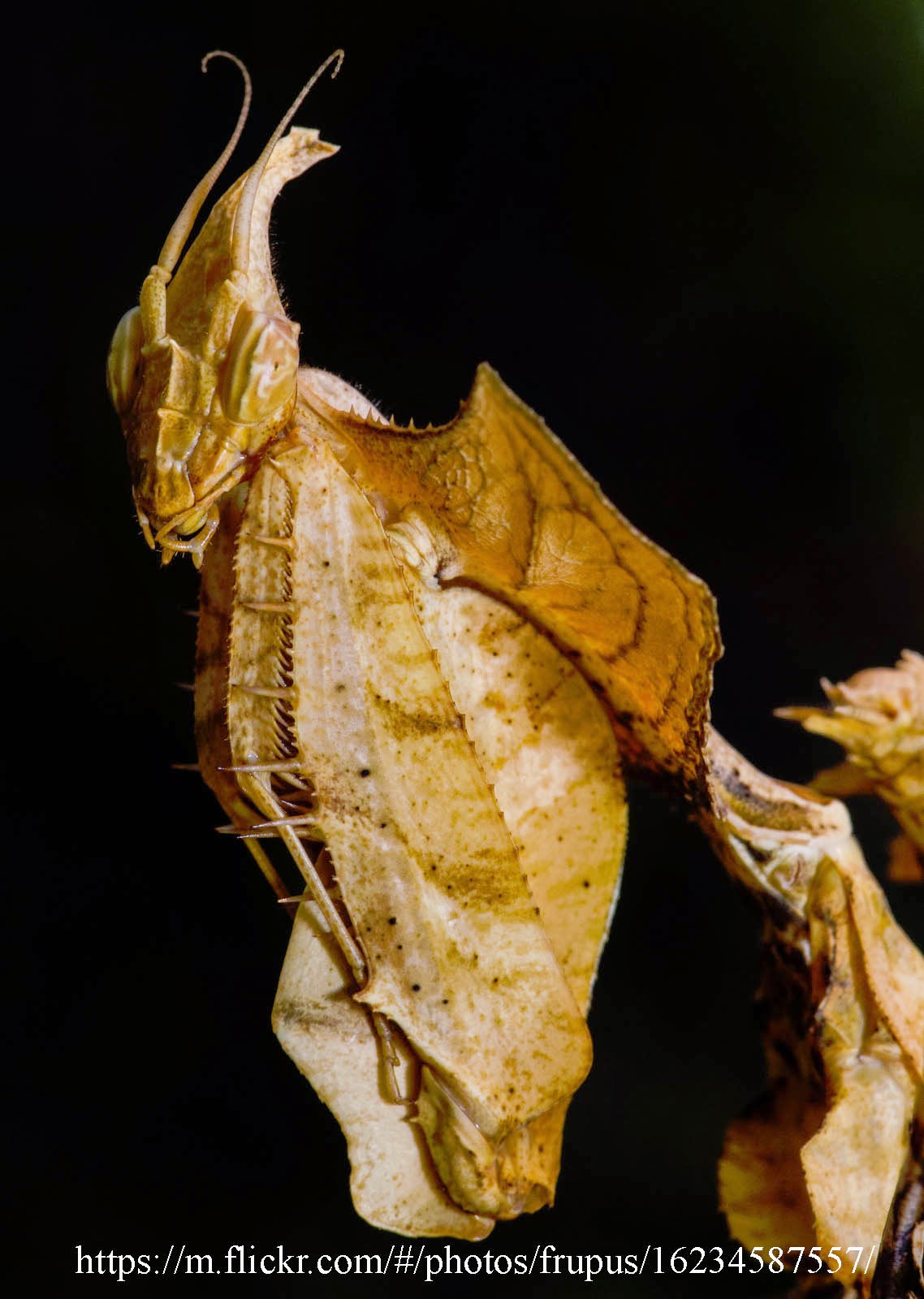 In many species of Praying mantis, including the devil's flower mantis, the predatory instincts are so strong that males need to be very careful when they approach a female to copulate. The female will often decapitate the male before during or after copulation. Males have evolved a solution to this. If their head does happen to get severed from their body they are preprogrammed to run around in circles trying to find a female to complete copulation with. 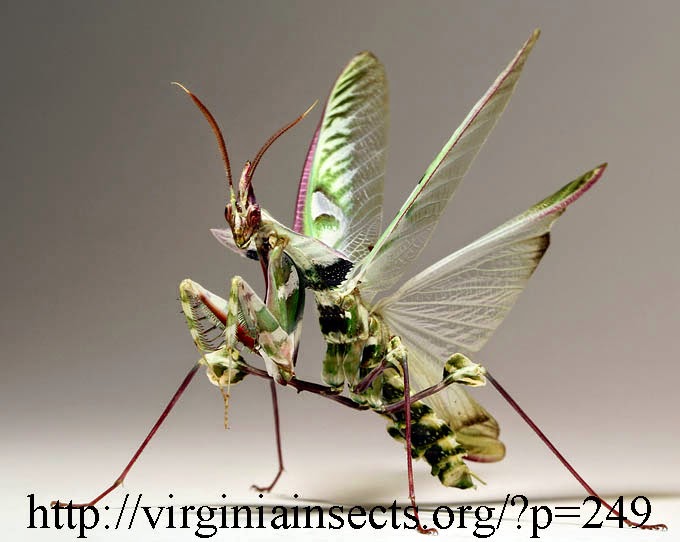