This parasite will get under your skin.
Description:
Loa loa is a nematode worm which is commonly called the eye worm. Not because of any ocular anatomy it possess. 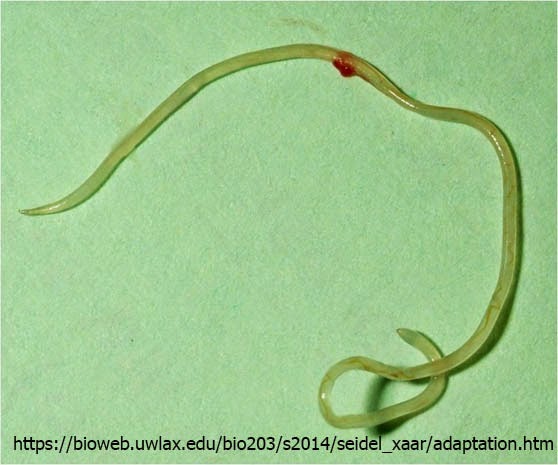 Loa loa is a parasite which specializes on humans. It lives in the fatty layer just below the outer layer of your skin or in the eye. The Juveniles live inside biting flies where they develop in the fatty tissue. When they are almost ready to reach adulthood they migrate to the flies mouth parts. When the fly bites a human the worms infect their new host. Loa loa do not stay in the one place inside their human host but will move around. Once inside their human hosts they reach adulthood and start producing the next generation of eye worms which get injected into the bloodstream and pumped all over the body. These will infect flies which come to feed of the human host and the circle of life continues. 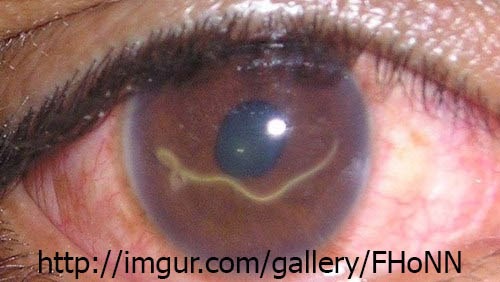 The symptoms of Loa loa infection are usually restricted to localized swelling in the are in which the worm is currently inhabiting. Female Loa loa can grow up to 7 cm in length while the males can only reach half that size.

Distribution:
Loa loa can be found in Africa and the Indian subcontinent.