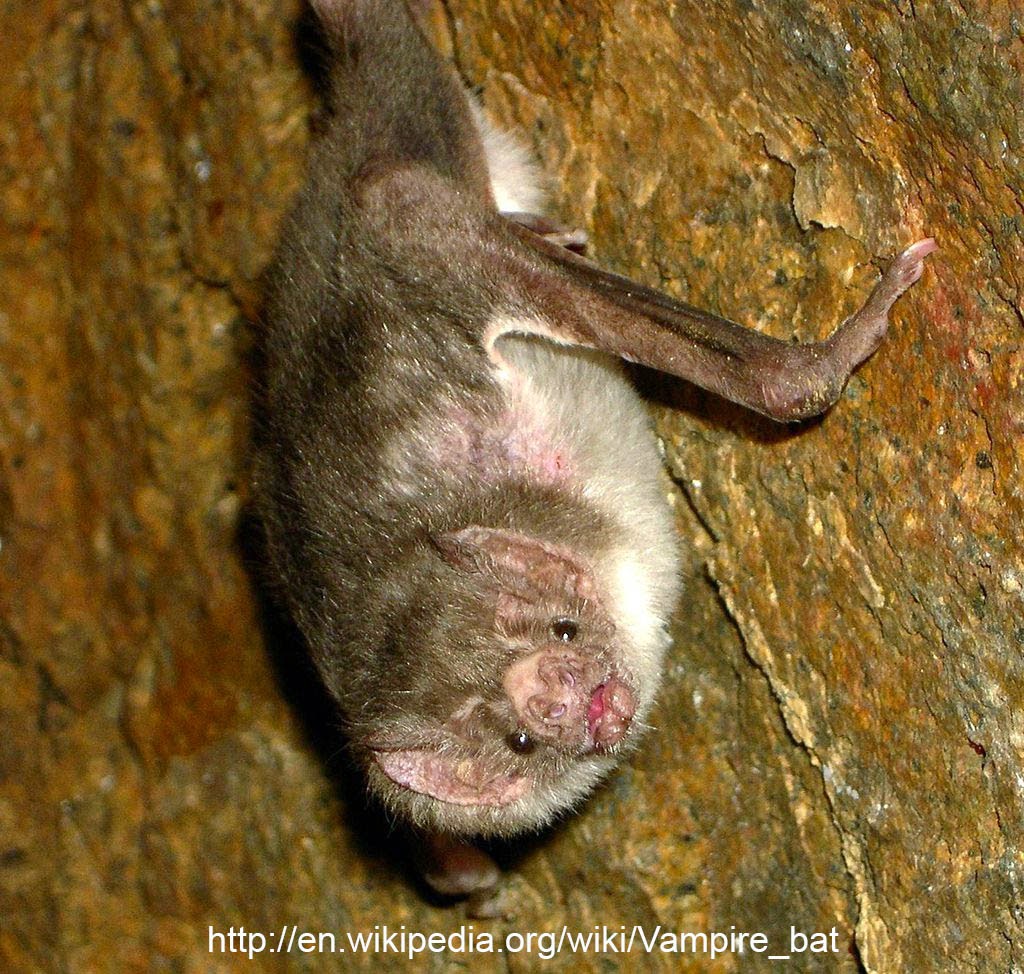 They are called vampire bats because they love to suck your blood, and the blood of other vertebrates. They sleep in caves in large colonies during the day. If a vampire bat does not feed for a few days they are in desperate danger of starvation. Starving vampire bats have been known to beg other bats in the colony to let them feed off them. Well fed bats will usually let them. Bats which do not allow others to feed off them will find it difficult to find willing blood donors when it is their turn to do the begging.

Distribution:
Vampire bats are found in South and Central America.