Not a real face
Description:
I'll let you guess what type of creature Helicocranchia pfefferi  is from this picture: 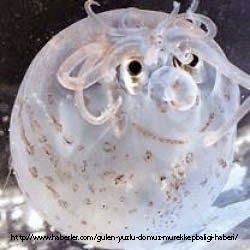 Done looking? This is an unusual species of squid called a banded piglet squid. It looks a bit like an animal with a cartoon face, but that is not a face at all. Its tentacles look like hair while colour patterns form what looks like eyes and a mouth an a fin like flap forms what looks like a nose. Like many deep sea creatures it can produce light. The young quite a bit different to the adults. 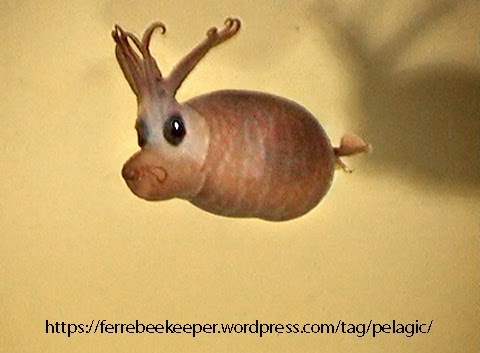 Distribution:
The piglet squid can be found in trapical waters all over the world and in the temperate North Atlantic. They lusually live between 100 and 200 m below the surface getting deeper as they get older.