An assassin bug which feeds off you!
Description:
It's time for another assassin bug. This one is a subfamily called Triatominae or commonly called kissing bugs or cone-nose bugs. 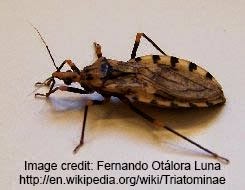 Most assasin bugs are specialist hunters employing a myriad of cool tricks to capture and kill other arthropods for food. These guys  suck the blood of vertebrates, and yes that includes you. They are called kissing bugs because of their unusual inclination to bite you on the lip. 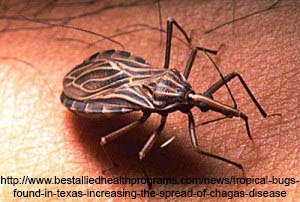 Bites from a Triatomine assassin bug are only mildly painful and while they don't produce any harmful toxins they have been known to carry some nasty diseases which they can transmit into your body, most notably chagas disease.

Distribution:
Triatomine assasin bugs have a pantropical distribution but a most diverse and most abundant in the Neotropical region.