A bird that mimics an insect! 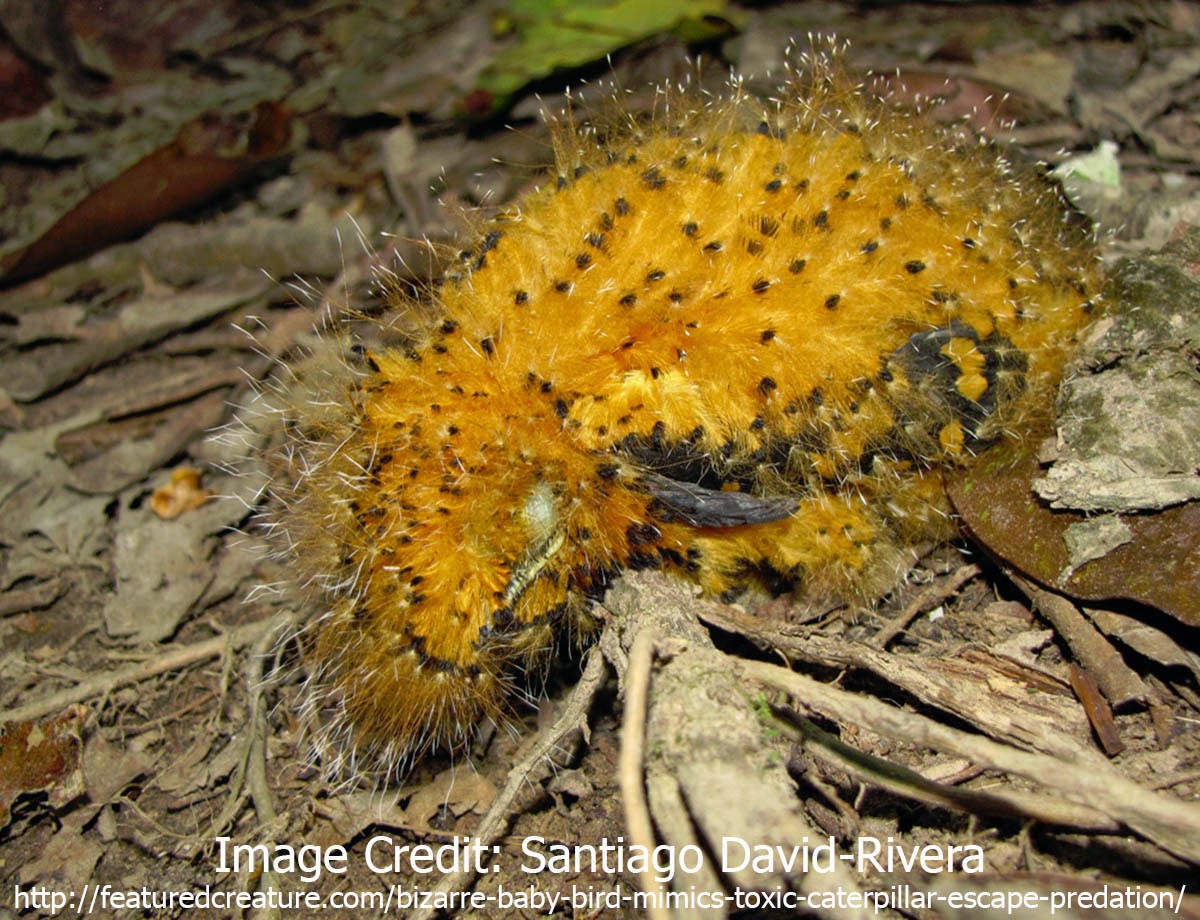 Juvenile cinereous mourners have feathers which are modified to resemble the color patterns on the highly toxic caterpillars in the family Megalopygidae. They even move their head from side to side in much the same way that a caterpillar sways. 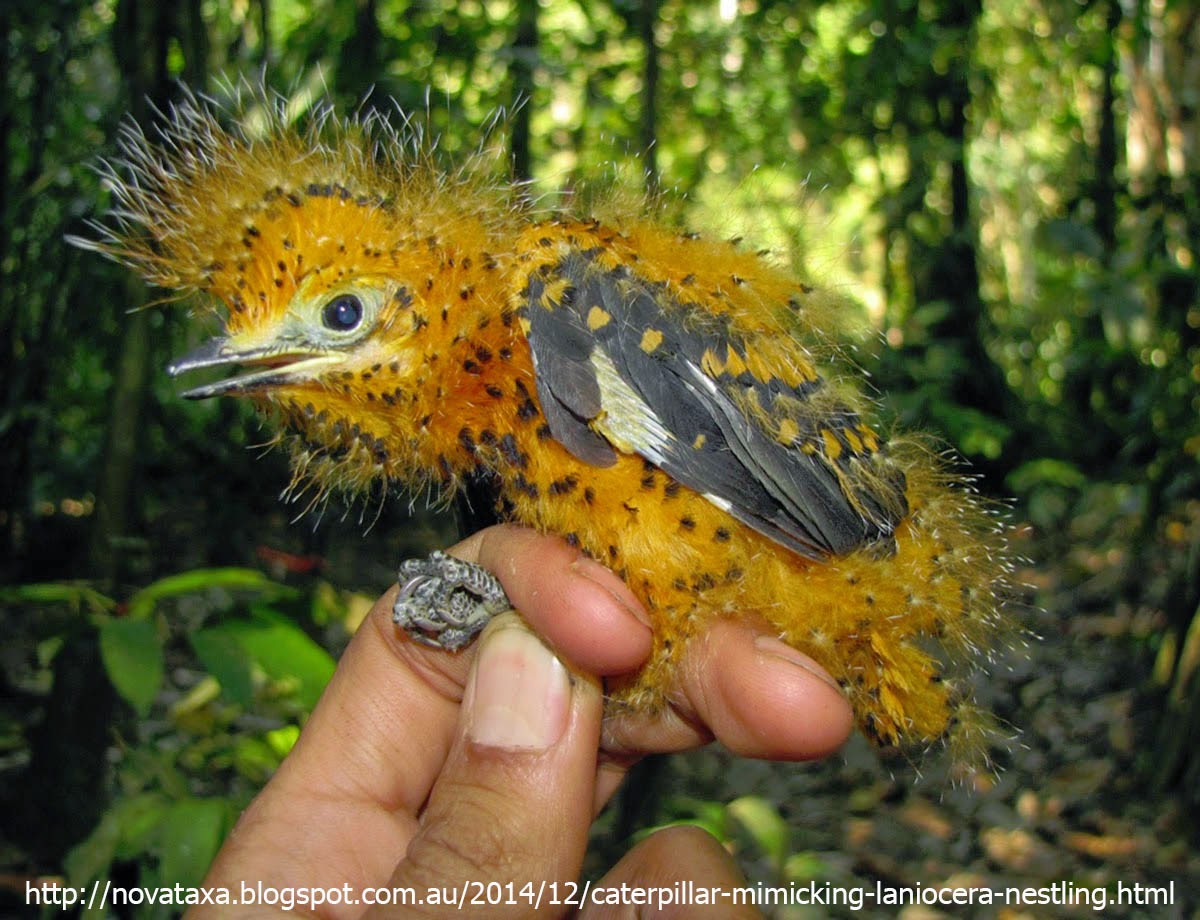 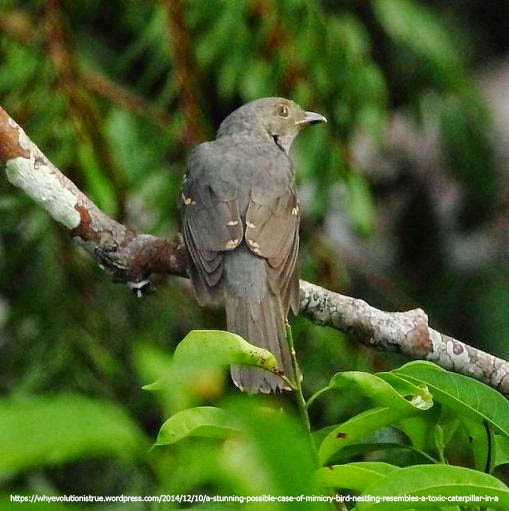 Classification:
The genus Laniocera has traditionally been placed in the family Cotinga, but is now broadly accepted to be a member of the Tityridae.