A crustacean which becomes a tongue

Description:
Cymothoa exigua is an isopod crustacean, which is sometimes called the tongue eating louse. 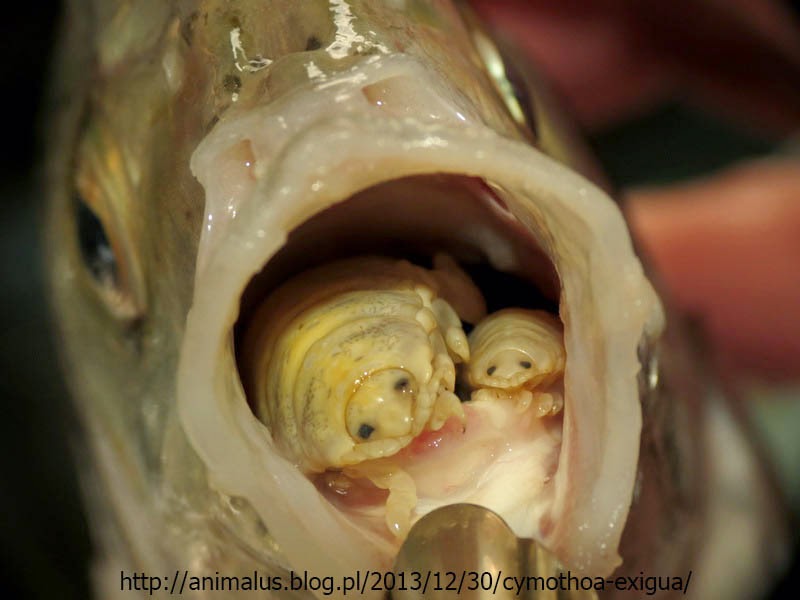 The first member of the species to enter the fish will mature into a male. When a second parasite infects the same fish the first on then becomes female.

Distribution:
Cymothoa exigua is found in tropical waters near coastal areas of the Eastern Pacific Ocean.