The fungus that watches and waits

Arthrobotrys oligospora is a fungus and like other fungi it likes to break down organic matter. 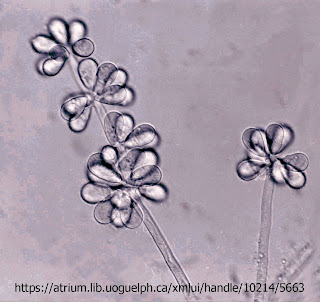 These guys like to feed on small animals, particularly nematode worms. They are not their only source of food, but they are a good source of nitrogen. It might sometimes be hard to find dead nematodes so these guys are a little more proactive. Their hyphae form little sticky rings which constrict when a nematode comes across them, much like a snare we might use for animal trapping. The fungus will then grow its hyphae into the nematode and absorb all the nutrients out of its body. 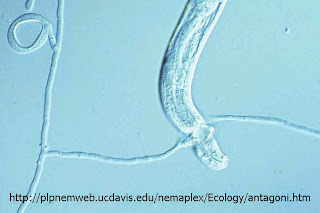 Distribution:
Arthrobotrys oligospora is a wide ranging species and from what I can tell they are probably cosmopolitan.