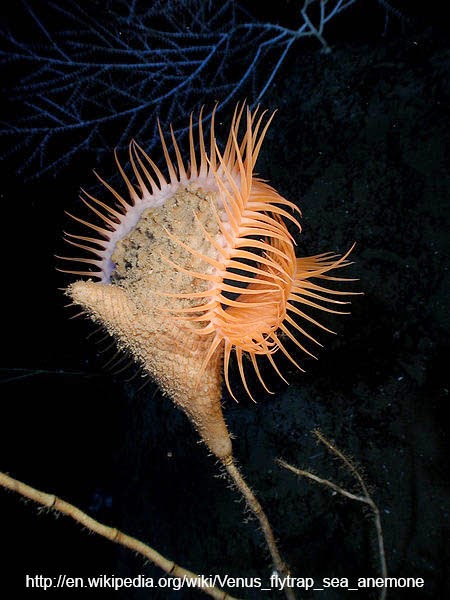 Much like a venus fly trap their fleshy lobes shut in order to trap their prey inside. When they are threatened they release some sort of slime which glows in the dark. I know, that doesn't sound like a particularly great defense to me either. We're not really sure what this is supposed to accomplish,  but there are several hypotheses. 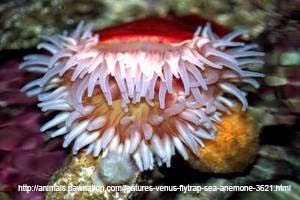 Distribution:
Venus fly trap anemones are found on the ocean floor at depths of over 1000 m in the Atlantic ocean, particularly the gulf of Mexico.