The most poisonous animal in the world doesn't produce its own poison.

Description:
Phyllobates terribilis may not look very terrible, but as its common name suggest the golden poison arrow frog is not to be trifled with. It is also known as the golden poison frog or the dart frog. 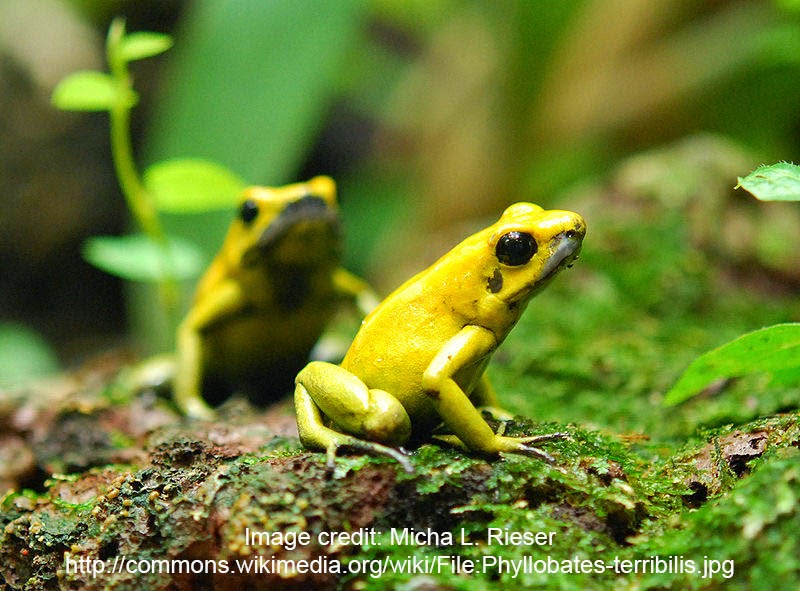 While this little frog has no delivery method for its toxins, its skin is so poisonous that a single frog's poison can kill up to 10000 mice. Don't eat it! The poison is used by natives to make their notorious poison darts. 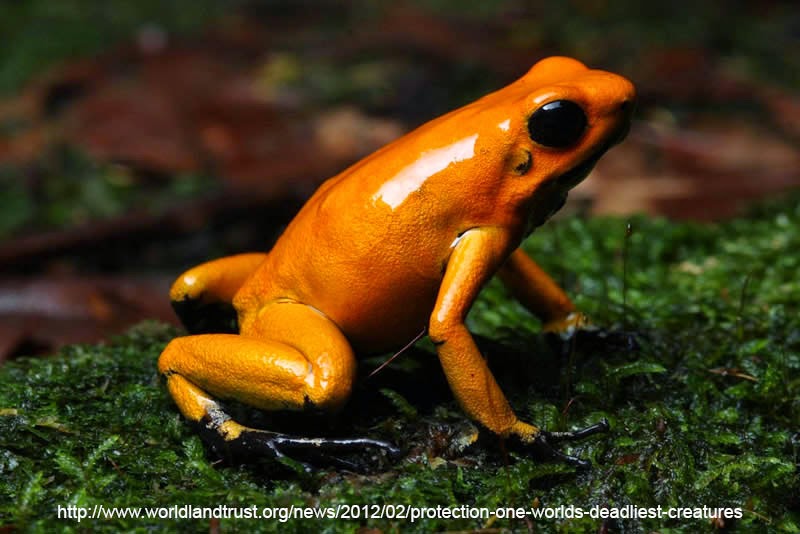 Oddly enough the golden poison arrow frog doesn't produce any of its own poison. When held in captivity it will eventually lose the toxins in its skin and become harmless. It is presumed that the frog derives its poison from a major component of its normal diet, but we have been unable to determine exactly where it comes from, although it is probably a species of Merylid beetle as some species are known to produce these toxins, although not in the same concentration.

Distribution:
Phyllobates terribilis is endemic to the Pacific coast of Columbia.