Anthopleura elegantissima is an anemone commonly known as a clonal anemone. 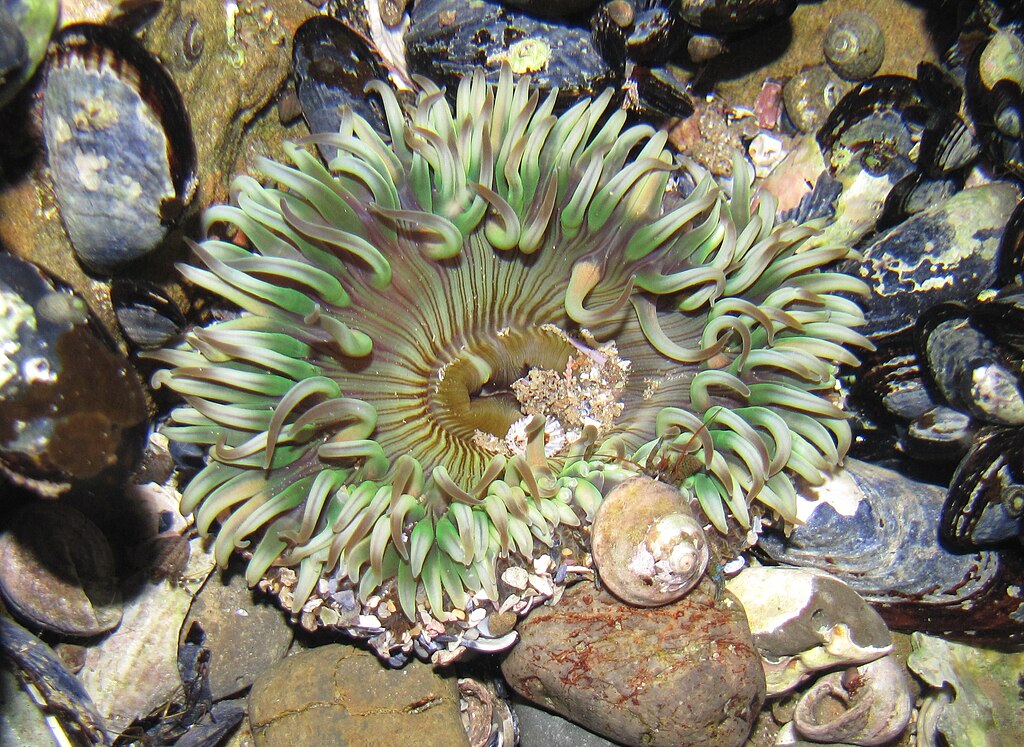 Most cnidarians are capable of cloning themselves,  but these guys do it prolifically.  They raise an army of super aggressive clones which destroy any other anemones they come across. They can reproduce sexually, but their offspring are carried by the currents far away to form new colonies.

Clonal anemones have a symbiotic relationship with certain algae. The anemone provides carbon dioxide and protection while the algae provides oxygen and sugars.

Distribution:
The clonal anemone can be found on the west coast of North America.