Alright, I get it

Pterois is a genus of 11 species of fish I know as zebrafish, but according to Wikipedia they can also be called lionfish, turkeyfish, firefish and butterfly cod. 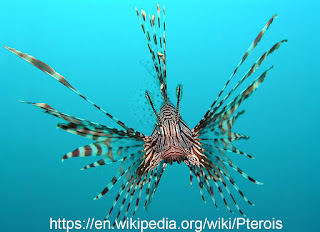 All species are poisonous, and they want everyone to know it. They have dramatic flamboyant warning coloration just to make that perfectly obvious. Just in case the coloration didn't tip you the rays on their fins are ridiculously elongate which definitely says don't even try to eat me. 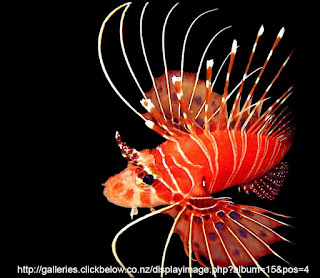 Distribution:
Pterois is found in the Indo-Pacific.